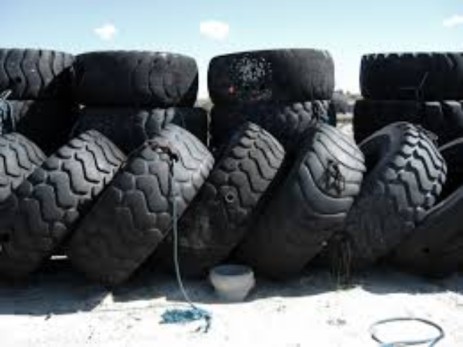 Yokohama Geolandar G015 Vs Toyo Open Country AT2 both All-Terrain tires that offer excellent traction both on and off the road.

Due to its sparsely distributed tread blocks, the Toyo Open Country AT2 (replaced by AT3 now) is better suited for off-road adventures than the Yokohama GO15 for on-road use.

Compared to the GO15, the Toyo AT2 has a three-peak mountain snowflake rating (3PMSF) assuring better performance in light snow and ice.

Overview of the Yokohama Geolandar G015

Its treadwear has tightly packed blocks, allowing most of it to be in contact with the ground at once.

This reduces the tire’s void ratio.

Its shoulders have wide lateral grooves, giving them an aggressive appearance.

On both of these blocks, 3D sipes are available in the pulsating variations of 1 to 2.

In the central blocks, however, two of these 3D inclined sipes originate from the opposite direction.

Between its shoulder lugs, it has decent stone ejectors.

Overview of the Toyota Open Country AT2

In this tire, the blocks are widely spaced, so a smaller area touches the ground at a time, resulting in a smaller contact patch.

In addition to its large shoulder lugs, it also has very wide lateral grooves.

It has polygonal-shaped blocks in the center that are far apart.

There are three zig-zag stripes on the central column blocks, two on the inboard side and one on the outboard side.

On the external sides of both inboard and outboard column blocks, there are two parallel zig-zag stripes.

There are also two parallel zig-zag sipes in the center of the shoulder lugs.

In addition to tie bars between shoulder lugs, this tire has bold stone ejectors.

As a result of its reduced void ratio, Yokohama GO15 tires are considered superior on the road, providing greater contact with the road surface.

Consequently, it has more grip and shorter braking distances.

On wet roads, this tire’s small grooves and 3D sipes are less effective at sweeping away water, making it unreliable.

As a result of the larger void ratio on Toyo A/T II, there are vast spaces between the tread blocks, resulting in less road contact.

On-road dry traction is unfavorable as a result of reduced grip and braking distance.

Thanks to its zigzag sipes and broader grooves, this tire performs well in wet conditions.

There are more groove voids in them.

A tire’s groove size determines how well it performs in muddy terrain. In mud, tires with broader grooves perform best since they can throw muck backwards, propelling the tire forward.

The Geolandar GO15 has shallow grooves that can’t effectively fling mud back.

Through the grooves in the tread, mud cannot readily escape through the closed shoulder construction.

Especially if you’re driving through thick mud, this tire might become stuck.

With its larger grooves, the Toyota AT2 performs well in mud.

Mud can easily travel between the shoulder grooves thanks to its broad shoulders design.

Therefore, even in severe mud, this tire has excellent mud traction.

As a result of its larger contact patch and 3D sipes, it has an exceptional grip on ice, allowing the vehicle to proceed confidently.

Its reduced contact patch, however, prevents it from gripping icy roads properly.

As a result, its reliance on icy pathways is reduced.

There is a risk of pebbles drilling through the tread wear because Geolandar’s stone ejectors are not sufficient to remove all stones from its grooves.

The tire’s construction makes it prone to trial damage in rough terrain due to its inability to withstand the hard conditions.

Ineffective at gripping difficult rock inclinations, it has tiny grooves.

The Toyo A/T II has large stone ejectors that prevent stones and gravel from becoming lodged in the grooves and piercing through the tread.

Trail damage like cuts and chips can’t be a problem with it because it’s built tougher.

This tire stands out on rough terrain due to its wide grooves that provide excellent grip at difficult angles of approach.

Differences Between Durability And Treadwear

Toyo A/T II tires require less force to spin because they have a smaller contact patch.

In addition to preventing chipping and tearing, the use of an all-terrain compound extends the tire’s life.

With a larger contact patch, the Geolandar GO15 requires more power to maintain its rolling speed.

This increases the tire’s rolling resistance, resulting in increased tread wear. This tire is constructed of a chip- and tear-resistant triple polymer tread compound that isn’t particularly strong, reducing its overall strength.

The lesser constructed strength enhances treadwear because it has a reduced tread wear resistance.

Consequently, this tire gets less mileage and is less durable, putting it at a disadvantage.

Which tires are more comfortable?

A little amount of noise is tolerable when driving at high speeds on the Geolandar GO15’s tiny grooves.

Due to their inability to cushion shocks, these shallow grooves do not deliver a smooth ride across uneven terrain.

The grooves make the ride quite uncomfortable on the road, but when traveling off-road, they act as a suspension, which reduces the effect of shocks.

Because of its enhanced off-road capability, improved wet grip, increased durability, and enhanced mileage, the Toyo A/T II is a more expensive tire.

On-road tires with improved ice traction and reduced noise include the Geolandar.

The buyer must choose the tire that best suits his needs and preferences, since both tires are ideal for different types of terrain.