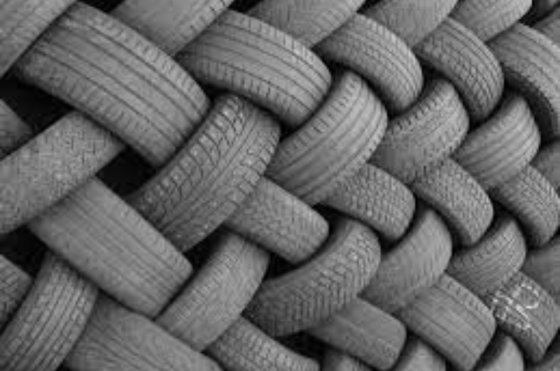 With Michelin’s MaxTouch and Green X Technology, as well as a 90,000-mile warranty, the Defender has been designed for a wide range of vehicles, including family sedans, SUVs, coupes, and minivans.

There are two variants of the Michelin Defender, the LTX MS and the AT2. Here we will compare the LTX version.

It provides exceptional traction, stability, handling, and long tread life. The Toyo Open Country AT2 is another popular choice.

This tire is built to fit a wide range of CUVs and SUVs, and it also features advanced features for a smoother, more comfortable and quieter ride.

The Toyo AT2 is optimized for both on-road and off-road use. The space between the tread blocks is larger in Toyo AT2. Off-road grip is improved as a result. However, the grip on the road is compromised at the same time. With these tires, the Defender is best suited for drivers who stay on the road most of the time. Ultimately, it comes down to your driving needs.

Since both tires are marketed as all-season tires, you’d expect them to perform exceptionally well on dry tracks – which they do, although the Toyo AT2 won hands down.

As a result of its open tread block and aggressive sidewall design, Toyo’s AT2 tire provided exceptionally smooth braking and handling, particularly while turning corners.

When the Ford Explorer was running at 60 mph on a dry track, the AT2 gave a braking distance of 22m, about 6% better than Michelin’s Defender.

Despite this, the Michelin Defender didn’t lag too far behind.

Overall, its performance was on par with its competitor, and the difference in handling, braking, and acceleration would be more than satisfactory for the average driver.

A Michelin Defender tested at 60mph had a braking distance of 24 meters.

According to our testing and customer feedback, the Toyo Open Country AT2 delivered wet traction results at least 8% better than Michelin’s Defender once again.

When compared with the Defender, the Toyo AT2’s water evacuation mechanism performed exceptionally well on wet surfaces due to its deep tread grooves and tie bars between blocks. It resulted in smoother acceleration and braking on wet roads.

Michelin’s Defender failed to turn corners on wet roads. Its results were mostly comparable to those of Toyo’s AT2 under light rain with less than 2 mm of water on the road.

On wet roads, however, the Toyo Open Country AT2 emerged as the winner.

From these two tire models, the AT2 established itself as the traction champion.

In this category, the traction results of both tires were significantly different- at least 10%.

Since neither of these tires can be considered specialist snow tires, we tested them on roads with light snow.

This tire lived up to its tag of being an all-terrain tire, thanks in part to its superior design specifically tailored to increase traction on any terrain.

Designed with polygonal blocks, zigzag sipes, and deep tread grooves, these tires were more than capable of handling light snow.

Based on our testing, Michelin’s tire was more prone to slipping and losing control.

As a result of the smaller gap between sipes on this tire, it was substantially less useful in snowy conditions than its competitor.

Neither tire was significantly better than the other when it came to comfort and performance, especially on highways.

Therefore, there was no clear winner in this category.

Only on rougher roads did the tires’ performance decline, as they are not all-terrain tires.

With its tie bars between blocks and open tread block design, the Toyo Open Country AT2 provides a smooth driving experience both on highways and on rougher surfaces (compared to the Defender).

Tire rolling resistance is the effort required to keep the tire rolling over a surface at a constant speed.

As a result of greater rolling resistance, the engine has to consume more fuel in order to keep the tire rolling.

Michelin Defender stood out as the clear winner in this category.

In our tests, its efficiency was at least 8% higher than its competitors’.

Based on the features and design of the Toyo Open Country AT2, the improved all-terrain traction took precedence over rolling resistance and fuel consumption, as shown by the results it achieved in this category.

Both tires provided equally quiet rides when compared. The Defender and the Toyo AT2 were virtually indistinguishable at lower speeds, but at speeds over 80mph, the Defender’s performance was affected.

A quiet and comfortable ride is once again delivered by Toyo’s Open Country AT2.

Michelin tires are quieter and more comfortable due to their increased number of sipes and unique tread pattern.

It became noticeable at around 65 mph and substantially louder at 80 mph, whatever the noise was.

As an all-terrain tire manufactured by a company that specializes in making tires designed for off-road driving, the Toyo Open Country AT2 won by a landslide in this category.

These tires give impressive control in sand or mud due to their aggressive sidewalls, open tread block design, and deep tread grooves with stone ejecting blocks.

Since Michelin’s Defender wasn’t specifically designed for off-road driving, it suffered on sand, gravel, and dirt. According to customer reviews, these tires perform satisfactorily off-road.

When it comes to off-road tires, Toyo’s AT2 crushes the Defender.

There was no clear winner in this category as well. Based on our testing, both tires performed similarly in terms of handling, control, and responsiveness.

Due to Michelin’s exceptional tread block rigidity, cutting corners was a pleasant experience, as the tire maximized contact with the road when cutting corners.

In the Toyo Open Country AT2, tie bars between blocks and an optimized bead design ensure smooth handling and cornering.

Toyo Open Country AT2, on the other hand, seemed to be better at both making promises and living up to them.

Most users reported getting similar mileage out of their Toyo AT2 tires before signs of tread wear appeared. Toyo warranted the AT2 tire for 65,000 miles.

Toyo Open Country AT2 emerged as the clear winner in this category, despite both tires technically providing similar tread wear results on paper.

For the side-by-side comparison of these two tire models, the Toyo Open Country clearly won out.

The vehicle won six out of 11 categories, including off-road driving experience and tread wear.

If you want to buy either of them based on traction, it clearly outperforms the Michelin Defender in all categories (dry, wet, snow).

Toyo AT2 comes with a 45-day trial offer during which you can try out its impressive features.

Most of the time, the Michelin Defender felt like it was competing with a tire that was far superior.

The traction and off-road driving experience wouldn’t have been comparable with an all-terrain and all-season tire, but where the tire particularly failed to impress was its subpar longevity.

Despite its impressive all-weather performance, it is still a good option for city and highway driving. With a 60-day buy and try guarantee, you can test the tire to see if what it has meets your needs.