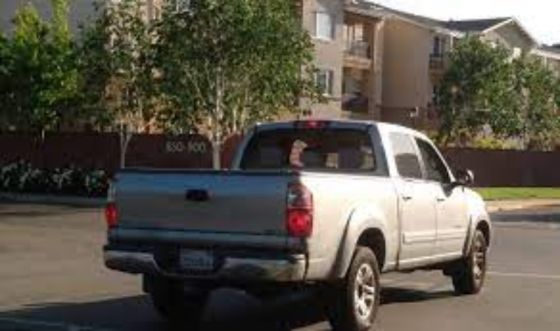 Do You Want to Know the Exact Tailgate Weigh? Have you ever held the tailgate of a pickup truck? These things are not light and sometimes require two people to carry them. Due to tailgate assists or because they are hinged to the truck, we are unaware of their weight.

People sometimes need to know how much their specific pickup truck tailgate weighs, whether for storage or shipping purposes.

Generally, truck tailgates weigh between 50 and 150 pounds, depending on the model. Additional handrails, steps, or light fixtures play a significant role in weight.

Including a step ladder adds 46 pounds to the weight of the Ford Ranger tailgate.

A Nissan Titan steel tailgate weighs 60 pounds, plus 20 to 30 pounds for the torsion rod.

There is an additional 20 to 30 pounds of weight for the torsion rod on the Chevy Silverado aluminum power tailgate.

When chromed, the Ford F-250 tailgate weighs an additional 20 pounds.

There is an additional 20 to 30 pounds for the torsion rod on the Toyota Tundra tailgate, which weighs between 45 and 60 pounds.

Including the step ladder, the Honda Ridgeline tailgate weighs 75 pounds.

Chevy Colorado’s steel tailgate weighs 54 pounds plus 20 to 30 pounds for the torsion rod.

The weight capacity of a tailgate varies depending on its make and model. There are some that can handle hundreds of pounds, while others can handle pressures of over a thousand pounds.

Is it possible to increase the weight capacity of a tailgate?

A tailgate’s weight capacity can be increased.  Auxiliary airbags and/or light truck tires can boost the weight capacity, for example.  Weight distribution is the only way to ensure safe transport and hauling.

To relieve the back axle of excess weight, place heavier cargo toward the rear of the pickup truck bed. Sofas, bed mattresses, and dressers should be stacked on their sides. Ensure they are placed away from the center of the truck bed.

There is also the option of upgrading the truck’s rear leaf/coil springs. This increases its maximum payload and relieves weight stress. When hauling heavy loads, coil-over-shock absorption will provide vehicle control. On tough terrain, it also relieves some strain on the springs, making it a worthwhile option.

A truck bed extension is a last resort for those who can afford it. Your truck will have more storage space and its payload capacity will be maximized.

Is it possible to improve fuel efficiency by removing the tailgate?

Your fuel economy will improve if you remove the tailgate. It doesn’t matter if you measure wind drag or drive with your tailgate down, making your truck lighter will always save you money on gas. MythBusters shows you that driving with a meshed tailgate, or no tailgate, is the best fuel saver.

What is the maximum weight that a tailgate can support?

A Ram truck’s tailgate can hold 2,000 pounds, or a full ton. Wow. Anyone interested in the Tailgate of the Year award? At 1,500 and 1,400 pounds, respectively, only the Toyota Tundra and GMC Canyon come close to meeting that rating.

There are different types of tailgates. There are some that are made entirely of steel. There is more plastic on other tailgates. Some pickup tailgates have a hidden step that makes climbing into the bed easier. Some have a double door. Most full-size tailgates weigh around 54 pounds.

This is only an average because there are so many tailgates. Factors can quickly add a lot of weight. There are a number of factors that contribute to this, including steps, handrails, lights, and motors (auto up/down).

When Is A Tailgate Overloaded?

When loading a pickup truck bed, it is essential not to exceed the payload limit. Even though truck bed overloads are dangerous, very few people are aware of the signs. Here are some things to look for:

You can tell if a pickup truck exceeds its payload limit by weighing it. Whenever possible, remove several items until deemed safe in the event of an overload.

As long as you pack responsibly, packing doesn’t involve rocket science. Make several trips if necessary if it is filled higher than the bed itself.

The truck is slow and sluggish

Overloaded trucks are slower than usual and struggle to get from Point A to Point B. As a result, both the driver and innocent bystanders are at risk.

Overloaded trucks are difficult to handle. Steering becomes almost impossible as a result.

The rear end of a truck will slouch if it is overloaded. It is quite noticeable and places stress on the suspension system. Lighten up the load as soon as you notice a weight imbalance.

An unusual noise is coming from a truck

Odd sounds are another sign that a pickup truck is overloaded. Overloaded leaf springs tend to squeak. To avoid an unforeseen dilemma, lighten the load as soon as possible.

With the naked eye, you can tell if a truck bed is too heavy. Check it out and make a clear judgment. The load should be lightened before transport if there seems to be an overabundance of cargo.

When coming to a complete stop, hesitation is one of the most obvious signs of a truck bed overload. You may have an overloading problem if it takes a little more effort to slow down.

There is no one who knows a truck better than its owner. In addition, it must be able to handle potholes and speed bumps. The rear end will drag and scrape across the pavement if there is too much weight inside the bed. Clearly, the truck has excessive cargo and needs to be assessed immediately.

Due to their suspension system, pickup trucks bounce naturally. Overloads are less noticeable and can lead to more serious problems if left unattended.

Accidental truck overloads are easy to prevent, but they damage suspension systems and tires over time. Occasionally, it can even cause blowouts or transmission problems. Truck axles can also be damaged by damage to the center pins. The center pins can become damaged over time, making driving somewhat shaky and eventually requiring realignment.

We collected the weights of various tailgates from a variety of sources, including vehicle manufacturers and retailers. The weight may not be 100% accurate and could be off by a few pounds. Removing a tailgate and weighing it yourself is the most accurate way to determine its weight.