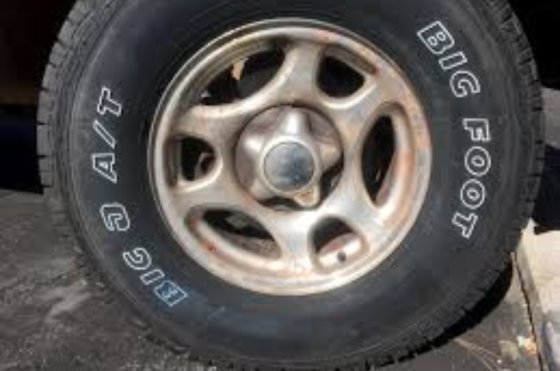 Because of its low void ratio, Pirelli PZ4 provides better grip and steering control on the road, both dry and wet. Pilot Sport 4 has a higher void ratio in comparison, which makes it less likely to hydroplane and allows good grip and handling in all conditions, but still performs less well.

With four circumferential grooves and a lower void ratio, Pirelli PZ4 provides a greater contact patch with the road thanks to its asymmetrical tread design.

Having a larger contact patch boosts the tire’s grip on the road, and the optimized shoulder design enhances its handling, thereby increasing its traction on dry roads.

Although it has a decent contact area and numerous sipes, it lacks hydroplaning conditions due to its narrow grooves, despite having many sipes.

As a result of its higher contact with the road, it has higher rolling resistance, causing more treadwear, so it is also not expected to provide a higher mileage.

As well as the asymmetrical design, Sport 4 has a slightly higher void ratio, resulting in a smaller contact patch.

Because of the smaller contact area and the unoptimized shoulder design, the tire is marginally less capable on-road in terms of dry grip and handling.

Due to less contact with the road, it has lower rolling resistance, allowing for greater mileage and durability.

The lower rolling resistance is caused by the lower contact patch, which results in lower treadwear.

Due to its wider grooves, the journey is noisier and more uncomfortable.

Pirelli P Zero PZ4 has a greater contact patch between its tread and the road, which increases its grip on the road.

A tire’s dry grip is determined by its barking distance on a dry road. The better the tire’s grip, the sooner it will stop.

A tire’s braking distance is the distance it travels before coming to a full stop.

PZ4 has a dry braking distance of 115.15 feet, which is significantly better than the rest of its category.

In addition to the contact patch, tire sipes are also involved in wet gripping.

It is the distance a tire travels before stopping in wet conditions that determines the wet braking distance of PZ4.

In terms of wet grip, this tire is the most efficient and certainly the most popular.

The Pilot Sports 4 has a lower contact patch with the ground, which directly compromises its grip, both on dry and wet roads. Its dry braking distance is 119.4 feet, which is not quite as far as its competitor’s.

The Sport 4 tire’s tread lacks decent sipes, which combined with a lower contact patch impedes its wet traction. Wet braking distance of 167 feet places it behind its competitor.

Because the Pirelli PZ4 offers a close and compact design, the shoulders provide more grip due to a larger contact patch while steering.

It allows more handling stability and reduces the amount of speed that is decreased due to steering.

Compared to other tires, it offers an impressive 62 mph dry handling speed.

PZ4’s sipes on shoulders help to keep the grip on wet roads, and its 54.74 mph average wet handling speed puts it ahead of its competitors.

A wide-open shoulder design on the Michelin Pilot Sport 4 tire reduces the grip since it allows lower contact with the ground, resulting in an average wet handling speed of 61.5 mph, slightly lower than the other tire.

On the road, such tires provide good handling, but a diminished grip on wet roads.

Due to its lack of sipping on its shoulders, its wet handling speed average is 53 mph, significantly lower than its competitor.

Due to a considerable amount of water between the tires and the road, hydroplaning occurs when the tires are not in contact with the road.

To maintain traction on the road, tires with wider grooves can easily pass water.

Pirelli PZ4’s grooves are narrow, which limits its float speed to 55 mph.

However, Pilot Sport 4’s grooves are wide and deep, providing greater volume to pass water than its counterpart, leading to a tire that performs better on flooded roads with a float speed of 57.22 mph, making it a superior tire in these conditions.

The rolling resistance of a tire is defined as the force needed to keep it rolling.

With a higher contact patch, PZ4 creates more friction with the ground.

Friction increases as the contact patch increases, which increases the amount of force needed to overcome it.

It has a rolling resistance of 8.74 kg t, which is much higher than the other tire.

The Pilot Sport 4 has a lower rolling resistance of 8.3 Kg t due to its slightly smaller contact patch, which will cause less tread to connect with the ground, reducing friction and thus requiring less force to move the tire.

The Pirelli P Zero PZ4 produces an external noise level of 72.9 dB, which is caused by air particles getting stuck inside its grooves and striking its walls.

There is a slight reduction in subjective driving comfort with this tire.

Its narrow grooves are not able to absorb jerks due to their inability to work over potholes or damaged parts of roads.

However, the Michelin Pilot Sport 4 tire has a noise level of 72.1dB, which is slightly lower than the other tire.

Due to its wider grooves, this tire provides a smoother ride even on bumpy roads compared to PZ4.

Compared to its competitors, Pirelli PZ4 tires have softer tread compounds made of silica and carbon black.

The tire may perform very well on the road in terms of grip and handling, but it will soon wear out due to its softer tread and higher rolling resistance.

As a result, the tire’s Durability decreases and it can obtain a much lower mileage.

However, the Pilot Sports 4 tire uses a hybrid aramid and nylon belt to increase the built quality and wear resistance of the tread.

As a result of the tire’s harder tread rubber, it loses some grip and handling, but it can be used for a longer period of time.

Due to the lower contact patch, the tire is more durable and stronger as a result of lower rolling resistance.

Differences in prices of Pirelli PZ4 Vs Michelin Pilot Sport 4

Due to its superior build, higher mileage, and good wet and dry traction, Pilot Sport 4 tires are generally more expensive than their counterparts.

In terms of dry traction and wet traction, Pirelli PZ4 tires are much better than Sport 4, but at the cost of quick tread wear.

There is a possibility that you may have to change your tires sooner than expected, which is a luxury few can afford.