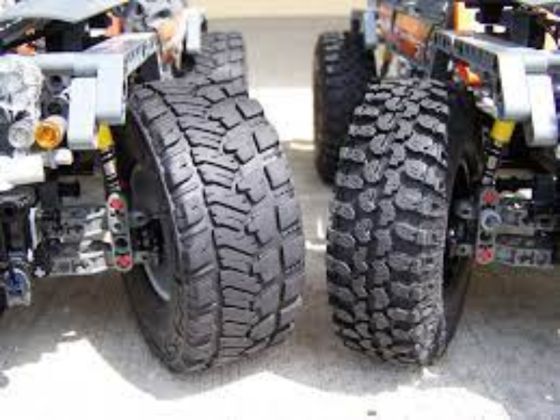 The Comparison between Pirelli P Zero PZ4 vs Continental Premium Contact 6 is very difficult, because they both are good in performance.

Both of these are ultra-high performance, summer tires that are mostly found on sports cars. However, they are not very durable as they focus more on performance.

The PZ4 has a lower void ratio and efficient sipes to ensure good wet and dry traction for a comfortable ride.

Contact 6 with a higher void ratio is highly useful in wet conditions and its special shoulder design greatly facilitates dry handling. Due to its limited contact patch, it is more resistant to tread wear. We have compiled test data on both of these tires in various categories in order to perform a more in-depth analysis. Check it out!

When We’re doing Comparison Between Pirelli P Zero PZ4 vs Continental Premium Contact 6 We found a difference in tread patterns. PZ4 employs a five-pitch asymmetric tread design carved out by four circumferential grooves. The two central grooves are wider, while the one on the outboard side is slightly narrower; however, the fourth and last groove is about half the width of the center two.

Two of these segments are inboard and outboard shoulders, with three tread blocks columns positioned between them. Both shoulders are formed by lateral grooves.

The lateral grooves do not open into the circumferential grooves on the outboard shoulder, since they end just before it.

However, thin inclined sipes connect them to the outboard circumferential groove. A thin horizontal groove divides the inboard shoulder into a 25 – 75 ratio, with a smaller area towards the tire center.

The lateral groove here simultaneously cuts the shoulders and the narrow horizontal groove, opening into the circumferential groove.

In the center inclined thin sipes form the tread blocks, while the middle and inward tread blocks have minute notches on the left side.

Contrary to its rival, Contact 6 also has an asymmetrical four-pitch design. A total of three circumferential grooves are present with the central and inward grooves being equally wide and the outward groove being somewhat narrower.

The tread on this tire is also slightly deeper than that on its counterpart. Outward shoulders are characterized by lateral grooves, and each section has a thin sipe between the grooves; neither the sipes nor the grooves open into the outboard circumferential groove.

Blocks are formed by an inward shoulder resonating pattern of two alternating lateral grooves. The noncontinuous horizontal grooves are cut on a forty percent scale from the center side. Attached to the inward shoulder, it functions as a tread column.

Inward shoulders are about 1.5 times as large as outward shoulders, and their lateral grooves do not open into the inward circumferential groove.

Its five-pitch design offers a good contact patch with the ground, allowing it to form a good grip with the road. The result is a lower dry braking distance of 33.34 meters for this tire.

Sipes and the contact patch also play a role on wet roads. The sipes on the tread of this tire make it easy to stop on wet surfaces. This vehicle has a short wet braking distance of 34.29 meters.

The Contact 6 has a decent connection with the ground, but its comparatively smaller contact patch makes it less able to generate traction than its counterpart.

As a result, its dry braking distance increases to 34.27 meters. Due to its inefficient sipe pattern, this tire performs well on wet roads, but is less effective than its competitor. Its wet braking distance was measured at 35.86 meters.

Turning the shoulders of the tire is the most important part. In a sharp turn, PZ4 has smaller shoulder blocks, which give it less stability and grip. Due to the following, the dry handling time of this tire has increased to 95.17 seconds.

However, on wet roads the deep sipes of the tire allow it to maintain a strong grip on the road, resulting in a lower wet handling time of 64.84 seconds.

The Contact 6 is a better option in terms of dry handling due to its enormous inward shoulder, which increases its grip on the road while steering.

However, the Contact 6 has deeper and wider grooves, allowing the water to easily pass through and preventing slippage. On straight submerged roads, it has a float speed of 77.9 km/h, which is higher than that of the other tire. Its lateral grooves are also deep and wide, which helps it maintain lateral acceleration on the curved wet path up to 2.3.

Pirelli P Zero PZ4 vs Continental Premium Contact 6: Which Tire Is The Most Comfortable?

During high-speed highway travel, the comfort of the ride is measured by the level of noise it produces. PZ4 is measured to have a noise level of 70.5 dB, which is not too bad when compared to tires of the same category.

Because of its higher noise level when traveling fast on highways, the Contact 6 lacks comfort. Noise levels were reported to be 73.5 dB, which is higher than its peers.

The friction generated by tires sliding on roads causes treadwear. The tread of a tire wears due to this friction. The durability of a tire is its ability to resist treadwear, which is dependent upon its quality of construction.

The size of the contact patch determines the amount of friction generated since a larger patch will generate more friction. PZ4 has a decent build but a larger contact patch, so treadwear is observed to be higher in this tire.

Due to the good build quality and the smaller contact patch, the Contact 6 is likely to last longer, as the lesser contact with the road will generate less friction, resulting in less tread wear and tear.

The Prices of Pirelli P Zero PZ4 vs Continental Premium Contact 6 tires fall within the price range of 80 to 120 US dollars with PZ4 costing 98 to 119 dollars and Contact 6 costing 87 to 108 dollars. Customers can choose one depending on their own preferences and needs.