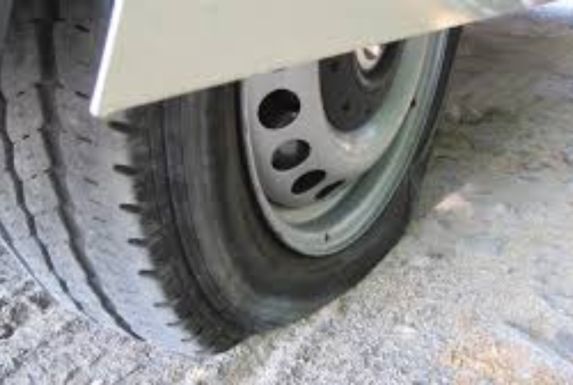 Nitto Ridge Vs Terra Vs Trail Grappler manufactures all contenders for light trucks, but Terra and Ridge are also available for passenger cars. Each of them has symmetrical tread patterns and is designed for all seasons.

Terra is an all-terrain tire designed to deliver enhanced performance on the road, but can also handle some terrains. Due to its high density siping, its aquaplaning resistance is phenomenal. It offers superior road noise, even at high speeds.

Ridge is a hybrid terrain (also known as rugged terrain) tire that combines the characteristics of both all-terrain and mud-terrain tires. Because of this, it provides decent on-road and off-road performance. Similarly, its tread design combines the tread designs of the other two contenders.

For this reason, most of its features and capabilities are intermediate. As a result of its tread design, load-bearing capability, and operational speed, it is exceptional.

Terra’s tread pattern was designed to provide both on-road comfort and performance off-road in dry and wet conditions. The tread blocks are comparatively closed to achieve a balanced void ratio for on-road handling and off-road traction with four zigzag circumferential grooves.

A zig-zag circumferential groove separates the shoulder lugs from the internal tread blocks on the Ridge. With stepped block edges and a comparatively wider zig-zag groove pattern, it provides extra biting and cutting edges for surfaces that are hard and slippery.

It is also equipped with stone ejectors in its lateral grooves, along with coupling joints between internal tread blocks to minimize tread flex. As a result of its staggered shoulder design, it has lateral groves with different widths and lengths to clear mud in off-road conditions as well as provide better traction on roads. The siping density is moderate.

Because Trail is a mud-terrain tire, its void ratio is bound to be high for mud evacuation. There are three circumferential grooves with relatively larger tread blocks and shoulder lugs. Its shoulder grooves are being reinforced to improve stone ejection and self-cleaning. Its siping is relatively low density.

Terra and Ridge have coupling joints, and Ridge and Trail have stone ejectors. As a result, we can say that Ridge has a better tread pattern since it combines the benefits of both tread designs.

The on-road traction of any tire depends on its contact patch, the tread area in contact with the road. The lower void ratio of Terra means that it has narrower grooves and more surface area to contact the road.

On a dry road, Terra would have better traction, the ridge would have intermediate traction, and the trail would have the least traction due to the high void ratio.

Terra is clearly the winner of this race.

Terra can be used for both moderate and thin mud, but has the smallest groove width for optimal mud evacuation in high-density mud terrain.

Snow evacuation, as well as mud evacuation, depends on the width of the grooves. Since the Trail has comparatively wider grooves, it would have better snow evacuation ability and superior traction in snowy terrain.

Terra’s traction would be the lowest in this terrain due to its narrower grooves. The traction of Ridge would be intermediate since it contains both narrow and wider grooves.

Terra is suitable for use in rocky terrains due to its staggered shoulder design and good void ratio, however, in comparison to the other two contenders, Terra is not an ideal choice in rocky terrain due to its narrow grooves, lack of stone ejectors, and lack of biting edges. In this regard, trail is the better choice.

The larger the tread depth, the longer it would take a tire to wear out. A tire’s number of pliers is the number of layers inside it, usually made up of rubber and polyester. Ply count increases sidewall strength, which improves puncture resistance.

The tread depth of Trail is comparatively higher, and it’s also a 3-ply tire, so its durability will be higher than its competitor. Ridge has the option of 2 or 3 plies in its construction, as well as a lower tread depth than Trail. As a result, its durability would be moderate.

Terra is a two-ply tire, which means it would be most vulnerable to punctures, as well as having the smallest tread depth. It would be less durable than its competitors. In Trail and Ridge, there are stone ejectors that provide additional puncture resistance.

The comfort of a tire is heavily dependent on the tread depth and width. The wider and deeper the tread, the more cushion is available between the passenger and the road. As a result, there would be fewer jerks and a more comfortable ride since the large and deep tread would absorb impact.

Since Trail has large and deep tread, it would be more comfortable considering these aspects. In contrast, Terra would provide passengers with the least comfort, while Ridge would provide an intermediate level of comfort.

Air gets trapped inside the grooves and strikes the walls of the tread blocks when driving at high speeds on paved roads, which causes noise. The higher the void ratio, the more noise will be produced since there would be more space for trapped air.

Thus, the Trail would produce loud noise due to its high void ratio. By contrast, the Terra would deliver quiet and calm travel. In comparison to its rivals, Ridge would be a moderate noise producer.

The following table shows the load and speed ratios of the same-sized competitors. As we can see, Trail can withstand a high load, but has a relatively low speed rating.

Terra, on the other hand, has a relatively high speed rating but is less load-tolerant. Ridge is the best choice since it will match Terra’s speed and can handle the same amount of load as Trail.

Efficiency of the Fuel

More rolling resistance would require more power from a vehicle, and therefore more fuel consumption. Hysteresis is usually referred to as this energy loss. A tire’s contact patch directly affects its rolling resistance.

Terra is less efficient due to its high contact patch and higher rolling resistance. Among the contenders, Ridge would come next, and Trail would be the most fuel-efficient.

Brief Summary of Nitto Ridge Vs Terra Vs Trail Grappler

Terra has the following characteristics:

Trail has the following characteristics:

Ridge has the following characteristics:

Video Comparison of Nitto Ridge Vs Terra Vs Trail Grappler