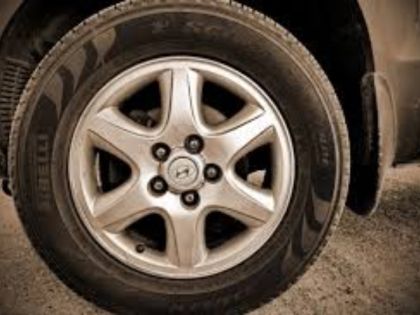 AT3’s three-peak mountain snowflake rating and a stronger build give it an edge over its competition.

Below you will find more information about the interesting characteristics of both tires.

Comparison of the Nitto Ridge Grappler Vs Toyo Open Country AT3

The tread pattern for AT3 is aggressively symmetrical with S-shaped staggered tread blocks that have wider grooves. Because of the smaller tread blocks and higher tread voids, its on-road performance is compromised.

As a result of the lower contact patch, the tire loses overall dry traction. Wave sipes are embedded in tread blocks and shoulder lugs, providing excellent traction in wet conditions and preventing hydroplaning.

With its sharp and well-defined tread block edges, it can hook and grip the terrain beneath it, especially when air-down.

Massive voids between the treads effectively evacuate snow, mud, sand, gravel, or any loose debris to keep the tire moving. In addition, it has strong stone ejectors to protect the bottom of grooves from stone drilling.

With raised angle sidebiters on shoulders, the sidewalls are protected from trail damage like cuts and punctures and provide extra traction in ruts, mud, and even when the tires are low on air. It is built with more capable tread compounds, which increases the tire’s tread wear resistance, which, in turn, increases its mileage and durability.

The Nitto Ridge grappler has a dynamic hybrid tread pattern, which consists of a combination of mild-tempered on-road variable pitch design patterns with deep tread voids and aggressive off-road shoulder lugs and sidewalls.

Higher contact patch and reduced noise allow for better on-road traction with narrower grooves. Tires have reduced wet traction due to their lower void ratio and fewer sipes as very little water can pass through them.

Mud, soft snow, and loose debris also have poor traction due to inefficient evacuation of mud and soft snow through the grooves. In addition, the shoulder grooves are smaller than their counterparts, so mud cannot pass through them efficiently.

The product has stone ejectors to prevent stone/pebbles from getting stuck inside the grooves, but the built quality and design optimizations aren’t that great.  However, the contact patch and deep voids help to improve traction on icy roads since they help to grip better.

Durability and mileage are reduced due to poorer built quality and lower treadwear resistance.

There is not enough tread patch in contact with the road as AT3 has massive tread blocks with higher voids. This results in reduced traction and reduced grip.

Ridge Grappler tires have close-packed treads around the center resulting in narrow voids resulting in a larger patch of tread in contact with the road, which improves dry traction and grip. However, narrow voids and fewer sipes do not permit easy water flow and will not perform well when hydroplaning.

Through its wide grooves, AT3 tires are able to easily evacuate mud, allowing them to keep moving through muddy terrain. By allowing the mud to easily pass through the larger shoulder studs, the shoulder studs also help in faster cleaning of the grooves. This is a better choice for mud terrain.

In mud, Ridge Grappler’s narrow grooves and smaller shoulder studs do not provide good traction due to their inability to evacuate mud through the grooves efficiently. As a result, its grooves are more likely to get packed full of mud, making the tire slick.

Thanks to the wider grooves, AT3 soft snow tires have excellent traction because the snow particles are thrown out of the grooves and allow the tire to move forward.

Nevertheless, on icy roads and hard snow, the tire’s groove depth comes into play since its groove is shallower than those of its competitors, allowing great traction neither on ice nor on hard snow. The tire slips on ice and becomes stuck in hard snow.

Ridge Grappler’s narrow grooves make it vulnerable on soft snow as the lower voids do not allow snow to be removed efficiently through the grooves.

As a result of its deep grooves and sipes, it performs better on icy roads. In icy conditions, deep grooves and a larger contact patch provide good traction. It’s hard snow traction is also insufficient, since it does not have a three-peak mountain snowflake rating (3PMSF).

With its strong shoulder construction and bold stone ejectors, AT3 is a favorite in rocky terrain. Stones and pebbles cannot get stuck in the grooves because the stone ejectors are optimized. With wide grooves and strong shoulders, these tires provide excellent traction with good grip on rocks from any angle.

Ridge Grappler lacks rock traction, as it does not have strong ejectors and lacks wider grooves to provide good grip. Its shoulder build is weak, and the design is not highly optimized to withstand the harshness of rocky terrain.

AT3 has a high void ratio, which results in massive gaps between the treads that will fill with air when the vehicle travels at high speed.

After getting trapped inside the wide grooves, air begins to strike its walls back and forth, which produces loud noises and reduces the tire’s comfort on the road. Off-roading requires massive tread blocks with high voids that act like suspension, allowing for a smooth drive over uneven and rough terrain.

The Ridge Grappler’s lower void ratio allows a lesser amount of air to get trapped inside grooves, making it quieter and therefore more comfortable on-road, but when it comes to off-roading, the tightly packed tread blocks are not enough to absorb shocks from uneven or rough terrain.

Differences between treadwear and durability

The smaller area of AT3 in contact with the road reduces the rolling resistance of the tire because less effort is required to move the tire forward.

In turn, a lower rolling resistance led to a lower treadwear, resulting in greater mileage. It is made of strong material, which makes it puncture-resistant as well. Tires with high built strength and lower treadwear are more durable and reliable. It can last up to 65,000 miles longer than other tires.

As a result of the grappler’s larger contact patch, it has a greater rolling resistance, which affects the force required to roll the tire. Tires with higher resistance have a negative impact on tread wear resistance, thereby increasing treadwear and reducing tire durability.

The tire is constructed of a three-ply sidewall and reinforced block construction, making it highly resistant to punctures and other trail damages. Because of the lower build strength, these tires last about 50,000 miles on average, significantly less than AT3.

Compared to the AT2, the AT3 is a higher-priced tire due to its stronger build, higher durability, lower treadwear, bold stone ejectors, higher mileage, Three-peak Mountain Snowflake (3PMSF) rating, and better mud and soft snow traction.

The Ridge Grappler, on the other hand, provides better on-road and ice traction along with better noise comfort for a much lower price.