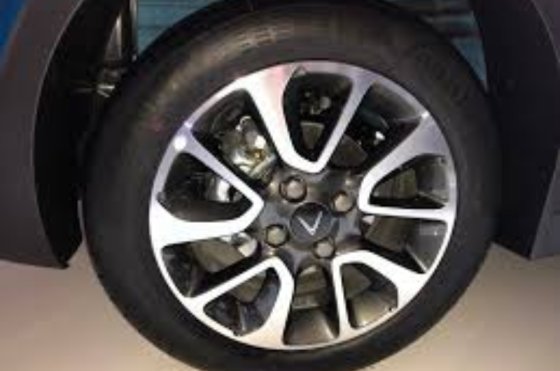 Do you Want to know Nitto Recon Vs Ridge Grappler Which one is better? Ridge is a hybrid terrain tire that provides a supreme off-road experience while Recon is an all-terrain tire that delivers balanced performance on and off the road.

Nitto Recon is a combination of Toyo RT and Nitto Ridge Grappler. Toyo and Nitto are both part of the same company.

They combined the design of both tires and made it compact. Nitto Recon’s compactness makes it stable on highways, and its angled central lug placement makes it quieter.

The Ridge Grappler also takes its shoulders from a mud tire and its central part from an AT tire. As a result, it has great off-road capabilities.

Comparing both, Nitto Ridge Grappler performs better off-road and Recon on-road. Their amazing designs are the reason for this.

What Makes Their Designs So Amazing?

When it comes to its aggressive design, Nitto Ridge Grappler has a lot of fans. There is a lot of science behind it, and it isn’t just for show.

Taking a look at the sides first. Staggered shoulder blocks make this tire a better digger, with one block having a stepped pit and another having a scoop.

Additionally, these blocks have very little siping and it will make cornering in wet conditions very difficult for them.

Also, the tire has larger gaps between those blocks, so besides ejecting bigger stones, it can also excavate dirt/mud more efficiently.

Furthermore, the blocks vary in length and width one after another, creating a zigzag groove pattern that helps the tire grip the ground more effectively.

Following the shoulders are the sidewall lugs, which are bulkier.

In addition, Nitto Ridge offers different designs on each side of the tire, so you can choose which side faces out.

Both look great, but the one behind is more aggressive and would protect the tire’s most vulnerable part more effectively.

The Nitto Recon Grappler has a very different shoulder design.

Here, the blocks are not as competitive. Their edges aren’t as sharp, and they almost resemble squares. There is also very minimal siping here, but that is common to both.

They both have the same sipe design, but every other edge has a small incision.

There are steps on the outer sides of these blocks, which vary a bit in shape, making them serrated. In comparison, they are still less restrictive.

Moreover, the block valleys are smaller and have ridges between them, so the positions of the blocks are somewhat locked and stone ejection capability is somewhat compromised.

There are two different sidewall designs on each tire, but the sidewall lugs are less thick compared to other tires.

Despite its boring shoulder blocks, the tire’s central part is quite interesting.

Recon Grappler’s inner section has a very futuristic design. A combination of sharp lateral grooves and sipes makes it a versatile tread pattern.

Basically, it’s a mixture of thin and wide stripes.

The complicated design is made up of a variety of shaped blocks that we have colored separately. Tie bars are also used to connect these blocks.

This tire has sharp edges, giving it great chewing power.

As an alternative, the old Ridge Grappler also looks great with four blocks forming a rectangle.

This is actually a mirror image of two unique blocks.

In addition to having sharp edges (allowing it to nibble into the surface), all of them deviate from their positions and have steps in them.

There are two of these notches/cuts that face the sides, providing excellent lateral traction.

The other 2 angular offset blocks only have deep siping (which allows them to squirm/wiggle depending on the surface they are on).

We calculated the average weight and tread depth of all the available sizes, and they are almost the same.

In general, the Recon Grappler has a much more uniform design here, with less space between shoulders and more blocks in the middle.

A tire’s shoulder blocks, which are very plain and almost squared, contribute to its consistency and uniformity.

Due to its consistent design and variable pitch tread compound, this tire offers a more comfortable ride than its competitors.

However, the Ridge Grappler also has variable pitch technology (different parts of the tread produce different pitches that cancel each other out).

However, the rubber compound here is softer and the tire is more aggressive with larger voids.

Softer compounds also result in less fuel efficiency since less contact is made with the road.

As a result, Recon Grapple performs better on road now.

What is their performance on rocks?

Circumferential grooves are more jagged with an aggressive zig-zag pattern due to the alternating width and length of shoulder blocks. As a result, this tire has better lateral traction and sideways grip.

A z-shaped groove formed by the inner two blocks with notches facing the shoulders further enhances this tire’s traction and allows it to bite through rocks more effectively.

Recon Grapplers aren’t too far off either. In spite of its less combative sides, it still provides adequate grip owing to its central design, even though it has less lateral traction.

Each of the blocks has many edges, and together they form zigzag lateral grooves that run parallel to each other.

As a result, the tire maintains friction with the rocks.

In general, both tires have similar tread depths, although Nitto Ridge has a slightly wider groove-void width, making it better at evacuating mud.

The hybrid Nitto Ridge has the shoulder of a mud terrain tire. Tire shoulder lugs serve as traction scoops here.

With its bolder blocks and bulkier side walls, this tire pushes more mud around.

The notch-edged blocks dig through the mud, breaking it apart, so they can escape through the grooves.

The Recon Grappler, however, performed very well despite being an AT tire.

The biggest enemy of All Terrain tires is mud, so you can’t expect much from them. The tire still has a few tricks up its sleeve that allow it to compete, if not even better.

The tire shoulders are also staggered here, which helps in scooping mud.

Second, despite being packed closely together, the triangular blocks still form a wide zigzag groove on their sides.

mud can leave through these wide grooves (which also provide lateral traction), while the sharp edges of central blocks cut through it.

Is it okay to use them on snow?

Like the Ridge, the Nitto Recon did not come with 3 Peak Mountain Snowflake ratings.

A 3PMSF rating is simply an acceleration test on snow. This rating means that the tire would be 10% faster on snow than an all-season tire.

However, the lower siping on these tires does directly correlate with their lower performance.

There are no wave-like patterns of sipes on either tire, which is much needed on snow. As a result, they don’t produce any extraordinary results.

When temperatures are very cold, tires tend to become stiffer on snow. As a result, Ridge’s softer compound would perform better here.

Additionally, the tire has more biting edges than the Recon Grappler, so it would have more friction with the snow surface.

Wear and Durability of Treads

Each tire has a three-ply sidewall. They have the same central internal construction, consisting of 2 steel belts covered with 3 plys of polyester and 2 plys of nylon.

Internally, both tires are equally durable.

Both perform great on gravel and dirt even at high speeds.

Nitto Ridge offers a little bit more protection by moving unwanted rocks away from the sidewalls.

In the end, it all boils down to what you need.

It is definitely better to pick Nitto Ridge over the others if you are a frequent hill/rock climber or stay off road most of the time.

You could go wrong with the Recon Grapplers, however, if you mostly stay on the road and go off road twice or thrice a year.