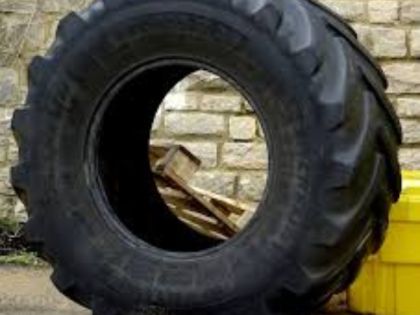 We’ll Compare Michelin Defender VS Michelin X Tour and find out which one is the best to use. Michelin designed both all-weather tires.

The tread composition of Defender gives it long tread life and exceptional traction on both wet and dry surfaces.

Though it is not associated with 3 Peak Mountain Snowflake (3PMSF), it gives good traction in snow and ice because of its deeper tread design.

On dry pavements, X Tour has a larger contact patch. Its lower tread depth, however, results in less traction on wet surfaces, putting it at risk of hydroplaning.

It is not a 3PMSF-rated tire and has shallower grooves, which reduce its traction on snow. Furthermore, it is quieter and gives a smoother and more comfortable ride due to its greater tread contact.

In comparison to X Tour, Defender has better traction on wet surfaces and snow. It provides better grip and handling on icy terrain as well. It has a stronger tread composition and is more durable, so it is more expensive.

Its MaxTouch composition gives Defender a long tread life. It contains EverTread compound which promotes its stability and rigidity. There are three middle ribs with square-shaped blocks separated by zigzag grooves.

The zigzag sipes on these blocks provide excellent traction on wet roads. Its IntelliSipe technology provides highly efficient sipe distribution across the tread.

Compared to its rival, it has comparatively deeper and wider grooves that improve traction on snow and wet surfaces. Elevated side ribs prevent the tire from cornering, giving it better steering response and preventing it from hydroplaning.

Additionally, it is highly fuel-efficient due to its MaxTouch construction and saves approximately 65 gallons of fuel over the tire’s lifetime. Furthermore, it incorporates silica into its composition and meets the Green X benchmarks, which makes it eco-friendly.

There are 3D zigzag sipes on the blocks that reduce the risk of hydroplaning, but its flat tread design with less efficient sipes reduces its traction on wet streets and snowy terrains. It offers better grip and handling on dry roads, however.

Additionally, its shoulder grooves are shallower, which reduces its traction on snowy paths. While it offers a quieter and smoother ride, its higher rolling resistance results in more fuel consumption.

Defenders with a lower contact patch with the ground have a comparatively low grip on the road. As a result of its deeper and wider grooves on dry surfaces, it decreases traction, whereas on wet surfaces these grooves along with 3D zigzag sipes effectively wipe away water, providing excellent traction.

Its elevated shoulder ribs and wider grooves give it better traction on icy roads. Additionally, its multiple biting edges provide good traction in snow thanks to the lugs and grooves on its shoulders.

X Tour, on the other hand, has a larger contact patch with the road, offering better grip on dry terrain. Despite its flat tread design, however, it does not perform as well on wet roads as its rival due to its deep shoulder grooves.

It has shallower and leaner grooves that don’t have enough biting edges to facilitate traction on soft snow. In addition, its flat and lean shoulder ribs are less effective at removing snow and debris.

In terms of steering management on dry roads, Defender is less effective than its rival due to its wider shoulder lugs, which reduce grip.

Wet surfaces are no match for its 3D zigzag sipes and deeper grooves. Due to its deep grooves and wider shoulders, it gives comparatively better handling on snowy roads.

Further, its shoulder ribs are equipped with numerous biting edges that can grab snow and push it backwards, which makes it easier to handle.

Additionally, its steering response effectively prevents slipping and skiing on ice-covered paths, since it has broader and deeper shoulder channels.

By comparison, the X Tour offers better steering control on dry paths due to its comparatively shallower and thinner channels, allowing for a better grip.

The less efficient sipes and narrower channels don’t wipe water away as efficiently as its competitor, so its steering on wet roads isn’t as good. This tire is not designed for snowy conditions.

As compared with its peers, its central and shoulder grooves are narrower, making it difficult to control on snow. Due to its limited number of sipes, it provides moderate traction on ice.

As compared to its opponent, the Defender has deep channels. Hydroplaning resistance is enhanced by its full-depth, 3D zigzag sipes evenly distributed over its central and shoulder ribs.

As a result of its deeper tread design, it effectively wipes away water through its well-spaced grooves, reducing the risk of slipping on wet roads.

X Tour is also equipped with features that enhance its hydroplaning resistance, but its shallower shoulder grooves make it less effective on wet pavements.

The distribution of its sipes is not as efficient as it is in its counterpart, which causes it to suffer in wet weather. As a result, this tire is more slippery on water since its channels are narrower.

Defender allows a smaller portion of its tread to come into contact with the road. Due to its lower contact patch, it offers a lower rolling resistance and reduced tread wear.

Thus, less energy is consumed in rolling the tire, which improves the fuel economy of the vehicle. It also increases durability by reducing tread wear.

The larger contact patch of the X Tour increases rolling resistance and promotes tread wear. As a result of its greater tread contact with the road, more energy is required to roll it, resulting in more fuel consumption.

Due to this, this tire has a lower fuel efficiency than its peers. Furthermore, more tread wear reduces the tire’s tread life.

Comparison Of Noise And Comfort

Defender is less comfortable and noisier than its peers. Its deeper tread traps numerous air particles, and when the tire is rolled, the packed air squeezes out, producing noise. As a result, the tire provides less comfort.

As the X Tour has more contact with the road and leaner channels, it is less noisy and results in a smooth and comfortable ride. Narrower grooves trap fewer air particles, resulting in less noise.

In Defender, Michelin EverTread compound provides legendary toughness and rigidity thanks to its MaxTouch composition. This compound also enhances its wear resistance and promotes its durability.

The tire features three central ribs with deep grooves and full-depth 3D sipes. Its shoulders are raised and bulkier than its competitors.

MaxTouch is also applied to X Tour. Intellisipe technology allows it to withstand bad weather without reducing its tread life. Its main tread compound is silica. Additionally, it has three central ribs with shallower grooves and less prominent sipes. Furthermore, its patented shoulder lugs are at a higher risk of tearing and wearing out.

Comparatively, Defender offers lower treadwear and is more durable. Its lower contact patch means the tread wears out more slowly. Its tread is deeper, so it takes longer to grate.

Furthermore, its UTQG rating is 820 A B as it was given an “A” grade for grip and a “B” grade for temperature resistance. It offers a treadwear warranty of 90,000 miles and a manufacturer’s warranty of 6 years.

X Tour, however, is more susceptible to wearing and tearing due to its comparatively greater tread contact, which reduces its durability. Its shallow tread channels cause the tread to wear out faster.

UTQG rating is the same as that of its counterpart (820 A B), but treadwear warranty is limited to 80,000 miles. Furthermore, its manufacturer’s warranty is fixed at 6 years, as with all Michelin tires.