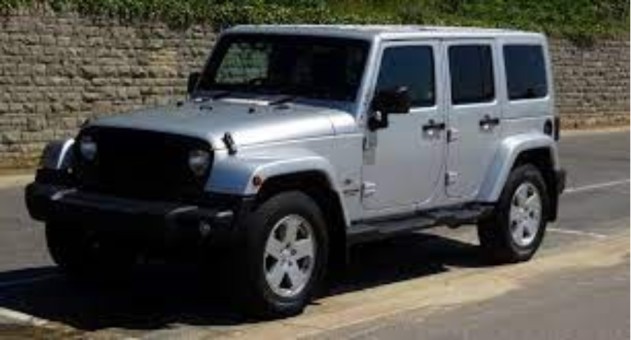 The CJ-8 was the prototype for Jeep’s sport-utility vehicles, released in 1981. Despite marrying the history and future of the entire Jeep lineup, it was severely misunderstood.

Jeep Scrambler CJ-8 was considered by the riding community to be the forerunner of the Wrangler.

It was a blend of a pickup truck and a long-wheelbase CJ-7 with quirky styling and rustic appeal reminiscent of 1980s outdoor fun.

Jeep’s first convertible, compact truck should have sold like hotcakes from the start, right? Unfortunately, it didn’t. Even former US President Reagan can convince consumers of the wheeler’s advantages and collective value.

In recent years, the CJ-8 has gained respect and become collectors’ fodder. Could it be that vehicle owners are becoming more knowledgeable?

Is it because there aren’t too many Scramblers left on the market? If you want to know the answers to these questions, keep reading.

What is Jeep Scrambler CJ-8

Jeep Scrambler CJ8 was the 12th Jeep CJ model produced by Willys-Overland, Kaiser-Jeep, and American Motors Corporation between 1944 and 1986.

Commercial versions of the WWII Military MB Jeep were designed for agricultural and civilian use – hence, the designation CJ.

As AMC’s attempt to compete with Chevrolet, Ford, and Chrysler, the Jeep Scrambler was first introduced on March 25, 1981, preceding the CJ-5A and CJ-6A models.

They were already well-positioned to compete with Japanese automakers’ practical, compact pickups. At the same time, Jeep had only the CJ-7s – too short to be classified as part of the rapidly-growing segment.

Is it too late for a decade?

Ford with its 1971 Courier, Chevrolet with its Isuzu-built 1972 Chevrolet LUV and Chevy S-10, and Chrysler with its 1979 Plymouth Arrow were among the U.S. manufacturers poised to meet the challenge.

Even so, their success was no match for the competition, which essentially made the pickup trucks they distributed.

AMC was transitioning from agriculture-oriented four-wheelers to off-road, sporty models at this time.

It was still licking its wounds from the 1973 Arab Oil Embargo and the 1979 Iranian Hostage Crisis (which adversely affected global oil production and export).

In general, the automotive industry was struggling to stay afloat and could not afford to spend too much on research and development.

AMC introduced the CJ-8 Jeep Scrambler in 1981 as a result. Here is a breakdown of CJ8 production volumes per year, including the 230 insulated versions the U.S. Postal Service ordered for Alaskan mail routes:

Taking on the “Big Three”

Despite entering the compact pickup truck market ten years later, the Scrambler held its own against Ford, Chevy, and Chrysler.

In addition to being tough as nails, it was essentially the first American compact pickup truck. The following detail may seem insignificant to some.

In contrast to the “Big Three,” the Scrambler CJ-8 was not made by a Japanese company.

While AMC had to deal with increasingly stricter emissions controls, it wasn’t possible to spend all of its development budget or use unibody construction to reduce the Jeep Scrambler’s weight and optimize its fuel consumption.

In the end, AMC realized it could simply modify the CJ-7’s existing frame. So, in the 1980s, the only roadster-cum-convertible pickup truck was born.

The two engines are equipped with two-barrel carburetors and electronic ignition. However, despite the occasional missing component, the latter is reputedly more durable.

The following power mills are available for model years outside of 1984:

Standard was a synchronized 4-speed manual transmission from Borg-Warner. There was an option for a Tremec T-176, Chrysler A-909 (2.46-L)/Chrysler A-999 (4.2-L) 3-speed automatic with a locking torque converter, or a Borg-Warner T-5 tranny with overdrive.

The transfer case and manual-locking front hubs were required for part-time 4WD. As an alternative to the CJ-7’s AWD Quadra-Trac system, the Trac-Loc rear differential offered extra grip when needed.

The replacement tires may be similar to or slightly larger than the stock 28-inch tires.

The tire-and-wheel assembly is completed by low-drag manual front discs and rear drums. The Scrambler’s body-on-ladder frame is equipped with multi-leaf springs at the front and rear.

You should also upgrade your wheels and get a lift kit if you choose a tire size taller than 30 inches.

Inside, the Scrambler offers over 39 inches/990 mm of head and legroom, as well as 53.8 inches/1,366.5 mm of hip and shoulder room. Taller drivers prefer soft-top covers because they add an inch of headroom.

Among the standard features across all model years and trims are rearview mirrors, gas tank, and transfer case skid plates (view on Amazon), tilt steering wheel, and vinyl bucket seats.

There is an option for a polycarbonate hardtop, halogen fog lamps, power brakes, and an AM/FM stereo radio.

It is possible for a Jeep Scrambler to have a denim look or a “Golden Eagle” decal depending on the trim. In order to upgrade their ride’s look and functionality, buyers can opt for either an SR or SL Sport package.

Since 1961, the Jeep CJ series has been available in several trim levels to meet the aesthetic preferences of different riders. Here are a few Jeepers’ favorites:

The Jeep Commando was the Jeep CJ’s take on a sport utility vehicle.

Originally, this trim was a package option for Jeep models. It had black stripes and white-painted 8-inch rims with G70x15 tires, along with other features found on the CJ-5 462. The ’71-’72 Renegade II featured bright alloy wheels, a 5.0-L AMC V8 engine, and a Trac-Lok limited-slip differential.

It took advantage of Levi’s® renown as a clothing company to market the CJ-5 and CJ-7 Levi’s Package. Most of the trim’s interior – such as its jean-style dash padding, sun visors, padded roof, and Levi’s stitching on the seats – were made of denim material. The Levi’s badge above the Jeep lettering makes the trim easily recognizable.

In 2003, Jeep Wrangler had a trim with a similar name, but it wasn’t the first. From 1977 to 1983, the Golden Eagle was offered in Oakleaf Brown and shared the same 5.0-L AMC V8 engine with the Renegade. The extravagant golden eagle decal on the hood made it stand out.

Among the other features of this Pontiac-Firebird competitor are:

It was later renamed Renegade in 1985 and featured a 4.2-liter (6-cylinder) 258 cubic inch engine. An inch. There is a power mill, a T-4 manual tranny, power steering, and power brakes on this machine.

In addition to the original Jeep window sticker, it offered one of the rarest color schemes of the Scrambler – 2D Deep Night Blue with Slate Blue interior.

The inclusions are on top of everything you’ll find in its SR sibling. As if these weren’t enough, it was also available in Black, which continues to be popular with collectors today.

At the 2003 North American Dealers Association in Chicago, Daimler Chrysler (formerly AMC, Chrysler) displayed this small pickup truck based on the Jeep Wrangler. It had a convertible layout and a small cargo bed integrated into its framework, just like the ’81 Scrambler.

These are the only differences between this model and the one from the 1980s:

This concept version did not make it to the end of the event nor to the market.

Scrambler designed the Gladiator Rubicon for the Easter Jeep Safari event in 2019. Using Punk N’ Metallic Orange and Nacho stripes on the body sides and hood, it re-creates the ’80s CJ8 stripe kit.

Model of the U.S. Postal Service and the CJ8 Overlander

In Australia, fewer than 200 CJ8 Jeep Scramblers were sold (references for Venezuelan sales are unclear). The 1996 Jeep Wrangler SE postal service models carried most of the trims’ features over.

Jeep enthusiasts are divided over the U.S. Postal Service trim having a soft-top cover, despite early promotional photos showing the Jeep Scrambler CJ8 in this concept or pre-release configuration.

The full-length soft top has yet to be documented as an AMC-authorized option (if not non-existent).

Ronald Regan’s ’83 Jeep Scrambler, although not an official trim, made history because it was one of two prized Jeep possessions he owned.

In addition to a Sky Blue Scrambler powered by a 4.2-liter V6 engine and a Borg-Warner SR-4 4-speed manual transmission, he also had a PTO-equipped 1962 Jeep CJ-6.

Secondhand CJ8s outside the U.S. are generally priced within the range outlined above. Venezuelans sell CJ8 Overlanders with unique badging, roof racks, fog lights, and tinted windows for 150,000 Venezuelan Bolivars or $23,900.

Open-frame trims below $20,000 are more likely to be open-frame trims, whereas those above $60,000 are typically professionally restored and equipped with modern technology.

Adding an optional bikini top, mesh windbreaker, and full-length softcover to a half-naked trim will cost you at least another $700.

Currently, soft/bikini tops, roll bar tops, and windbreakers such as the Bestop Black Denim Windjammer (view on Amazon) cost between $61 and $200. A complete replacement skin costs between $140 and $1,150, on the other hand.

What went wrong with timing and pitch?

When the Scrambler was launched, it had a lot going for it. Although it wasn’t the first Jeep truck (it was actually the fifth if you count the 1947 Jeep Willys-Overland 4X4), it was the first of its kind.

All factory-assembled, it featured a functional rear bay, a removable hard/soft top, distinct styling, and a 103-inch wheelbase.

CJ-8 was a retro-futuristic concept – a convertible, compact pickup that was timely while hinting at a future sport-utility 4×4.

Why didn’t it work?

The Scrambler’s rollover tendency caused biased media coverage, according to Jeep savants. Consumer confidence in the Jeep CJ series as a whole waned due to the lack of thoroughness and fact-checking by some reporters.

Later reports dispelled earlier safety concerns and detailed how rollover tests were conducted, but the damage had already been done.

Jeep Scrambler CJ-8 is Too Ambitious

According to some, AMC’s marketing of the Jeep Scrambler was too ambitious, if not unrealistic. If the 4×4 had been marketed as a “compact pickup truck with real off-road capability,” it could have had a better chance of selling.

At the time, the buying public, however, limited the use of pickup trucks to farm work, long-distance driving, and weekend trips to the beach.

For long-time Jeep owners, overlanding and boulder-crawling in Moab were still foreign concepts.

There was also a problem with price competitiveness. With a starting price of $7,288, people hoped the Scrambler would have more practical features like 2WD/4WD options and a more appealing design.

Rather, buyers felt they received a mediocre truck – too fancy for the import-pickup market and too much for Jeep’s CJ series fans.

Then there are circumstances. In retrospect, 1981 was an unforgiving year for car sales – largely due to preceding events.

No automaker could have prevented the oil embargo from adversely affecting economies around the world, no matter how successful they were. From the start, the Jeep Scrambler CJ-8 was at a disadvantage.

All of these factors (plus AMC’s inability to keep up with the competition) contributed to the Jeep Scrambler’s failure.

As a result, any chance of redemption of the vehicle was permanently crushed by its successors – the Comanche and the Jeep Wrangler.

The Stellantis Group manufactures the Jeep Scrambler CJ-8, which is currently the 6th largest automobile in the world. In 1908, Willys-Overland Motors, an American firm, founded the 113-year-old industry giant.

In order to expand its market reach and grow its product offerings, the American company acquired numerous European companies.

With these actions, Stellantis has become a multinational corporation with powerhouse automotive brands such as Alfa Romeo, Dodge, Fiat, Jeep, Maserati, and Chrysler.

There were less than 28,000 Jeep Scramblers built between 1981 and 1986, representing approximately 1.9% of all Jeep CJs sold during the series’ 43-year lifespan.

It was unknown at the time how handy the Scrambler was as a hybrid that could withstand difficult riding conditions and still serve as a trustworthy workhorse.

After the Jeep Scrambler ceased production, people began to realize its value. This positive reception continues, thanks to the painstaking efforts of the Jeep CJ’s growing following – including professional outfitters who spread the word about the richness of the Jeep CJ8 Scrambler history and take the lead on extensive restomod projects demonstrating what’s to love about the once overlooked four-wheeler.

Jeep Scrambler is finally being appreciated and revered.