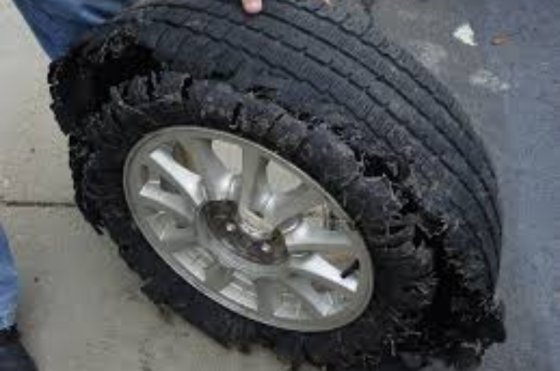 Dynapro AT2 and AT-M, on the other hand, are uniquely designed A/T (all-terrain) tires.

The Dynapro AT-M has a more aggressive design for better off-road traction. Hankook is the seventh-largest tire company in the world.

There are different features of these tires that make one more suitable for different terrains and conditions than the other.

An in-depth comparison of Hankook Dynapro AT2 and ATM:

At-M is an aggressive s

They both have a similar design and provide good traction on and off the road.

In one domain, each of these tires is better than the other.

Dynapro AT2 and ATM on-road traction:

The AT2 and AT-M have different grooves between the treads and shoulder sipes, despite having the same tread block pattern.

Featuring more narrow grooves and shallow spies, the AT2 offers excellent traction on the road.

Meanwhile, AT-M’s design is more open and has a smaller surface area, making it less desirable on the road.

Hankook ATM and AT2 Off-Road Traction:

Due to its more open tread design, the AT-M takes the lead this time.

Mud, dirt, and soft snow can be accommodated in the grooves and maintain a strong, solid grip.

Further enhancing its stability and handling on soft off-road tracks are the deep sipes in its shoulders.

Due to its wide tread blocks and shallow grooves, the AT2 performs better on hard snow.

However, the AT-M performs better off-road.

AT2 has better tread-wear than AT-M.

This tire has a large contact zone on the ground because of its large tread blocks and small cuts on the tread blocks.

AT-M’s raised shoulder makes it more resilient on off-road tracks than AT2.

AT2 is a more economical choice, however.

Since the AT2 has a more closed-off tread design than the AT-M, it has smaller grooves that allow less air to pass through.

As a result, the AT2 vibrates less than the ATM-M, ensuring a more comfortable and stable ride.

Dynapro HP2 and HT tires are all-season tires that are highly optimized for highway mileage.

On paved roads, the HP2 performs better than the HT because it has smaller grooves and a more prominent tread block, which results in more of the tire actually in contact with the surface, resulting in exceptional dry traction.

HT, however, has deeper and wider cuts between the tread blocks, which reduces its grip a little bit more than HP2.

As a result of its wider and deeper grooves, along with its deep shoulder sipes, the HT performs better in wet conditions on well-paved roads. By absorbing more water into its tread and adhering to the ground surface, the tread is able to provide even better traction in wet conditions.

In contrast, the HP2 has narrower grooves and shallower siping, so it does not sit as well on wet surfaces as the HT.

While the HP2 and HT are mud and snow rated tires, they don’t perform well on muddy or snowy surfaces.

They specialize in providing the best possible mileage.

They do not have enough grooves for efficient self-cleaning and to move through soft surfaces like mud and soft snow.

However, they can perform a limited number of tasks off-road.

HP2 takes the lead with a narrow margin when it comes to tread-wear and durability.

HT tires have wider grooves and a smaller contact patch, resulting in a higher rolling resistance and increased wear on the road than HP2.

Compared to the HP2, which has smaller grooves and a larger surface area, the HP2 is more efficient and economical.

This HP2 is especially designed to provide you with the best on-road experience. It is solely due to a more compact tread design with a solid center rib that enhances its traction.

Furthermore, the HT also has almost the same construction, but with an open tread pattern that makes it more comfortable, but not as much as the HP2.

Because of better grooves and sipes, HP2 has a lower noise level than HT.

Summary of Dynapro’s HP2 Vs HT

With its unique and sturdy tread pattern and well-designed tread block, the Dynapro AT-M provides excellent off-road and on-road traction.

In contrast, the HT is an all-season tire designed to maximize mileage on highways and roads.

Driving on the road

AT-M tires are not designed for efficient road driving; instead, they are aggressive tires designed to withstand rough conditions while performing decently on the road.

This decrease in on-road traction is due to the large grooves present in its tread design with a zig-zag pattern which reduces its contact zone with the ground.

The HT has a better grip and stability on the road due to its larger tread blocks, which increase the surface area on the road.

The AT-M’s enhanced steering and stability in wet conditions puts it back in the spotlight when it comes to wet traction on the road.

Its large grooves allow it to grasp more water in its tread, allowing it to clear water in its path more efficiently.

When it comes to soft snow, mud, dirt, and rocks, the AT-M performs better than the HT.

Its aggressive tread design with scrambled tread blocks increases its off-road traction by biting into the ground and enabling it to move effectively on both rugged and soft terrains.

Due to its deep grooves, the AT-M is able to grab and throw mud and soft snow in its path.

The tire is also protected by a sidewall rubber gauge.

Due to its plain and straight tread pattern with smaller grooves in the center and shallow shoulder sipes, the HT has poor off-road traction.

In comparison to the HT, the AT-M wears out extremely quickly.

AT-M tires have a more powerful grip, but they are less efficient in terms of tread wear.

Its open tread pattern increases its rolling resistance and makes it more difficult to maneuver on the road.

In contrast, the HT has an evenly shaped tread design that improves tread-wear performance and increases durability.

Due to its more condensed tread pattern and solid rib center, HT is far more comfortable than AT-M.

As a result of the HT’s special construction, it also has much better noise levels than the AT-M.