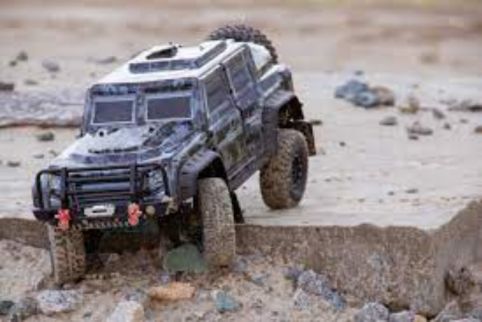 General Grabber ATX Vs Toyo Open Country AT3 are both all-terrain tires that perform well both on and off road. ATX’s interlocking bulky blocks grip tightly on paved surfaces thanks to its low void ratio and modish tread pattern.

However, Toyo Open Country produces satisfactory traction on rough surfaces off road. Mud, snow, and gravel are no problem for its tread.

The treadwear warranty on both tires is backed by durable compounds.

We’ll see what they both have to offer.

General Grabber ATX has a similar design to KO2.

However, narrow grooves prove to be a disadvantage over rugged off-road surfaces.

The tread may suffer from tread choking, resulting in reduced traction, as it has less ability to evacuate mud, snow, or slush.

Due to its stone ejection ability, it performs satisfactorily on rocky terrain. Among shoulders, stone ejectors eject hard particles from grooves, preventing punctures and clogging.

By reducing the contact patch, wide grooves reduce on-road traction. Toyo, however, is a clear winner when it comes to roaming through rough tracks of nature because of its massive channels.

As the void ratio is high, mud and snow are better evacuated, resulting in excellent traction over such loose substances.

Due to the smaller grooves, the tread is able to grip strongly on concrete roads due to the larger contact patch.

Wet traction is enhanced by frequent sipes and dimples over tread that wipe water away.

Unlike its competitor, Open Country does not show impressive on-road traction. Due to its massive voids, it has a reduced contact patch, resulting in a markedly reduced grip on the road. Tires with less tread surface area are less responsive, resulting in wriggly rides. There are large grooves and zigzag sipes that wipe off water and reduce aquaplaning, yet overall traction remains poor.

As a result of its low void ratio, ATX has trouble rolling across mud terrain. Due to its narrow grooves, mud can get stuck in its zigzag grooves, resulting in decreased traction on muddy tracks due to their lack of evacuation properties.

Over light snow, Grabber performs less well than its competitor. With its denser tread and smaller voids, it can’t throw snow backwards and clear its pathway while moving forward. The grooves in tires gradually fill with snow, causing them to lose traction. On icy paths, however, low void ratios prove beneficial, as a high contact patch ensures good traction on ice. The frequent siping and dimples further increase traction by removing slippery fluids.

Snowy areas are no problem for Open Country. Through its massive voids, soft snow can be effectively removed, clearing vehicle treads and paths. Additionally, it has three peak mountain snowflake ratings. Toyo’s limited contact patch provides only a small amount of ice traction on an icy surface.

While ATX is fairly reliable, it does not perform well in rocky terrain. The low void ratio decreases biting ability and makes gripping on uneven rocky slopes difficult. When taking turns, aggressive shoulder support improves handling and traction. As bumpy stone ejectors strike off pebbles and rock fragments, the tread is more resistant to punctures, scratches, and choking from stones.

Grabber is a fairly durable AT tire, but its competitor has a longer tread life. The tread composition uses DuraGen technology, which combines steel belts with a three-ply rubber compound that increases tread wear resistance. Despite having a 640 UTQG treadwear rating and a tread life warranty of 60,000 miles, this tread life is shorter than its competitor’s.

Toyo AT3’s tread lasted longer than its competitor. Two-ply polyester and one-ply nylon polymer casting reinforced by twin high-strength steel belts make tread wear slowly and evenly over time. Manufacturers back it up with a tread life warranty of 65,000 miles, proving its durability.

Despite being more expensive than Grabber ATX, Open Country has the financial benefit of a longer tread life. In order to enjoy superior off-road abilities for a longer period of time, you have to pay a price. With ATX, you get standardized comfort on the road without breaking the bank.

Video of General Grabber ATX Vs Toyo Open Country AT3