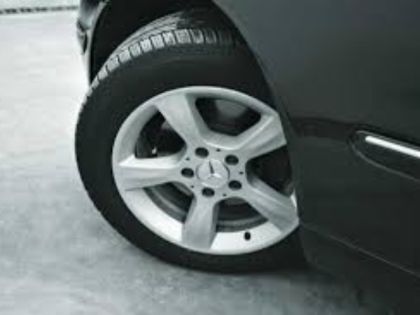 General Grabber ATX Vs AT2 Vs AT3 tires are all-terrain and all-season tires. According to their off-road competence, these tires are ranked from most competent to least competent;

AT2 is the most competent, ATX is the second most effective, and AT3 is the least effective. In terms of on-road traction, their classification is reversed. AT3 is at the top, ATX in the middle, and AT2 at the bottom.

All of these tires have a very similar design with a few changes that give them a unique style. Learn more about these differences in the next segment.

Comparison of the General Grabber ATX Vs AT2 Vs AT3

A/TX and AT2 have very similar tread designs, both of which have a five-row tread pattern with the major difference being in the shoulders. The shoulders of AT2 have shorter tread blocks with more incisions and wider grooves. This makes the AT2 more suitable for soft surfaces.

A/TX has somewhat reduced grooves and superior shoulders, resulting in just a little bit bigger footprint. This makes it more durable and capable.

Tires with a loftier footprint perform better on dry roads. As a result of the increased rolling resistance, the AT/X performs better on dry roads by virtue of having a little bit more surface area than the AT2. In addition, its wider shoulders make it easier to handle on the road.

On the other hand, the AT2’s tread blocks and shoulders have fairly large grooves.

The grooves allow the tire to collect and disperse water to avoid hydroplaning and work exceptionally well on wet roads. The AT/X shines brighter on dry roads, while the AT2 excels on wet roads.

For a tire to perform well on snow, it must have a snow rating. Both the AT/X and AT2 feature three-peak mountain snowflake ratings. AT/X grooves are smaller than AT2. The AT2 can therefore grab and throw soft snow more effectively than the AT/X and move across with greater efficiency.

As a result of the additional

As a result, the A/TX has decent grooves in its tread design for digging deep into mud and self-cleaning ability, allowing it to function effectively through mud.

The AT2 has a tread design with bigger and better grooves, as well as extra sipes, and more scarce shoulders than the ATX.

Because of these features, the AT2 is able to do an excellent job of cleaning up mud. Therefore, the AT2 performs better on mud terrains.

contact zone on the snow, the AT/X has a better grip on hard snow.

Additionally, both of these tires can be fitted with metal studs to improve their snow traction.

Rugged tires have a higher chance of surviving on rugged terrains like rocks and gravel. AT/X is built with a robust compound and features Alternating shoulder scoops along with stone bumpers and sidewall protection lugs. All of these elements work together to protect the tire from abrasions and enhance traction on rugged terrain.

Likewise, the AT2 is made with a cut and chip resistance compound that makes it agile and sturdy to handle rough terrain. Additionally, its shoulder lugs provide a moral grip on rocks and gravel. Consequently, both of these tires perform well on rugged terrains.

In addition to the newly added technologies, the A/TX has a cut- and chip-resistant tread compound built into its fabrication. StabiliTread Technology (Even tread wear) and DuraGen Technology (Ultra-high-strength steel belts and a robust, two-ply polyester casing) work together to provide tire tread-wear and durability.

In addition to the newly added technologies, the A/TX has a cut- and chip-resistant tread compound built into its fabrication. StabiliTread Technology (Even tread wear) and DuraGen Technology (Ultra-high-strength steel belts and a robust, two-ply polyester casing) work together to provide tire tread-wear and durability.

Similar to the AT1, the AT2 also has a cut- and wear-resistant tread compound and a computer-optimized tread pattern that promotes uniform wear. Additionally, it contains twin steel belts and a two-ply polyester cord body that help it to be durable.

Although, the AT/X has a higher rolling resistance than the AT2 due to its larger footprint, which increases its wear and tear. Due to this, the tread wear is less on the AT/X.

Summary of ATX vs. AT2

Comparison of the General Grabber AT2 and AT3

AT2 and AT3 are both All-Terrain tires that can be used both on and off road. Its broad tread design, deeper grooves, and more prominent sipes make the AT2 more suitable for off-roading and wet traction. With its compact tread design and narrow grooves, the AT3 is better suited for on-road and dry conditions.

The AT3 offers better traction in dry conditions than the AT2. The tread design, which has closely placed blocks, gives it a large contact zone with the ground. By increasing rolling resistance, a high level of grip is achieved on the road.

Furthermore, the AT2 has fewer tread blocks in its design, which results in a smaller surface area, less rolling resistance, and less grip on dry roads than the AT3. Due to its wider grooves, this tire has a better ability to evaporate water on wet surfaces.

The AT2 has a larger groove pattern than the AT2, more sipes on the tread blocks, and lugged shoulders, which allow it to shovel soft materials more effectively, like mud and soft snow. As a result, it has excellent traction on soft surfaces such as mud and soft snow.

However, the AT3 outperforms the AT2 in hard snow owing to its massive tread blocks, which provide tremendous biting power. Both tires have 3-peak snowflake ratings, making them ideal for winter driving.

Both the AT3 and AT2 are built to withstand rough terrain. AT2’s lugged shoulders and cut-and-chip-resistant compound prevent damage from rocks and debris. AT3 is made of a durable compound as well. The tire is protected against sharp stones by lugs and ribs on the sidewall. Both of these tires are therefore well suited to rugged terrains.

Long tire life is assured by the AT3’s tread, which features a robust compound and reinforced blocks. The tire also has ultra-strong steel belts that make it durable and agile. A tire with a large footprint has a high rolling resistance and requires more power to move. The tread life is greatly reduced. This makes AT3 less economical than AT2.

Summary of AT2 vs AT3

Comparison of General Grabber AT3 and A/TX

The AT3 has better on-road traction than the A/TX. Its extensive footprint provides the AT3 with better connectivity with the ground, giving it an amazing biting force. In wet conditions, the A/TX has the edge due to its wide grooves and sipes that allow water to accumulate in its treads and prevent hydroplaning to a greater extent.

Overall, the AT/X performs better off-road than the AT3. AT/X has a 5-row symmetrical tread pattern with open channel grooves that greatly enhance traction on soft surfaces.

These grooves provide the AT/X with enough power to move across these materials, whether they are light snow or mud. Furthermore, its alternating shoulder scoops enhance its soft-surface traction.

When it comes to rugged terrains, both the AT/X and AT3 are capable of tackling them. AT/X has a robust compound and alternate shoulder scoops with stone bumpers and sidewall protection lugs to ensure it can withstand impacts with rocks and gravel.

At the same time, the AT3 is equipped with a durable compound, large sidewall lugs, and rim protection ribs that protect the tire from cuts and punctures in harsh conditions.

AT3’s treadwear is improved by a strong compound and reinforced blocks. Additionally, the tire’s internal structure is reinforced with ultra-strength steel belts.

Generally speaking, the tread-wear of the A/TX tire is better than that of the AT3 because the tire has lower rolling resistance, thanks to its open tread pattern that allows less of the tire to be in contact with the road and takes less power to move. Therefore, AT/X is more economical than AT3.

Summary of AT3 vs ATX

Video Comparison of General Grabber ATX Vs AT2 Vs AT3