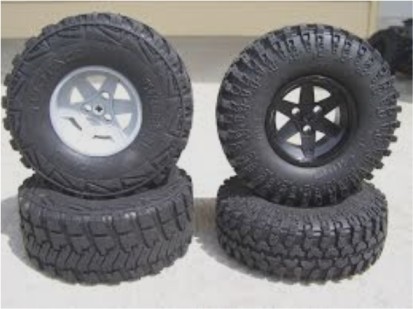 Are you looking for Comparison between General Altimax RT43 Vs Michelin Defender LTX M/S? The all-season tire is an excellent choice for drivers who want one set of tires that can be used throughout the year.

Most people use these tires as a compromise instead of something specifically designed for a particular purpose. In addition to handling snow, ice, and rain, they are designed to handle a variety of weather conditions. For snow, these tires feature a flexible tread that conforms to wet and dry mud.

A good choice for individuals who don’t want to change their tires frequently is an all-season tire.

The number of all-season tires on the market can be overwhelming, so here, we will compare two signature tires from two giants.

Michelin Defender is M+S-certified, making it suitable for all kinds of weather conditions, including light mud and snow.

Wet performance is excellent. Despite not being snow tires, both tires offer a comfortable and safe ride in light snow and on ice.

In both tires, you’ve probably noticed that the tread design is rather subtle, this is due to the fact that all-season tires address comfort, ride quality, and noise reduction as well. The more aggressive the tread, the less luxurious the tire.

Defender LTX M/S is designed to be a better and more robust version of its predecessor. With its asymmetric tread design and stable, independent tread blocks, it offers you the best traction, control, and handling of any all-season tire.

A high-density all-season compound is used in the Altimax RT43, which, in addition to providing a comfortable ride on dry pavements, also performs well on wet surfaces.

The RT43 has an edge when it comes to traction and hydroplane resistance. In order to reduce hydroplane risks, Michelin has added four wide circumferential grooves, open shoulder lugs, and numerous lateral grooves.

However, neither of these tires are branded Snow tires and have not been awarded the 3PMSF. Rating for snow.

Both tires are built to last, and neither disappoints.

With such fervor, Michelin and General have addressed the durability of LTX M/S and Altimax RT43 that it is nearly impossible to choose a winner.

Michelin’s MaxTouch Construction on the LTX M/S is solely designed to distribute the weight load to ensure even tire wear.

By distributing cornering, speeding, and handling forces evenly throughout the tread, the tire’s tread life is extended.

In contrast, the RT 43 features stabilTREAD TM technology. This tire has a bigger and flatter footprint, which increases the contact patch with the road, extending its average tread life.

Using visual alignment indicators, it determines if your tires are misaligned, extending tread life. The Altimax RT43 now includes replacement tire monitors, which alert the user when it is time for tire replacement, preventing any unfavorable consequences.

A low surface abrasion technology in Altiamax reduces the stress on the tread, promoting even wear. Two steel belts covered by a spirally-wrapped polyamide layer stabilize the tread under heavy loads.

The Altimax RT43, on the other hand, offers a 75,000-mile treadwear warranty as well as a 45-day trial warranty, which lets you exchange your tires for free.

Unlike other tire types, all-season tires place a lot of emphasis on noise reduction and comfort.

Michelin’s Maxtouch technology maximizes the tire’s contact patch with the road, making the LTX M/S significantly quieter than its predecessor, the M/S2.

LTX M/S has no technology specifically for noise reduction, but we still found it to be pretty good on roads and uneven pavement.

On the other hand, Altimax RT43 has an asymmetrical tread design and independent tread blocks that make your ride smooth and comfortable. In comparison to Defender LTX M/S, the continuous center rib incorporates acoustic modulation technology that absorbs excess sound waves and vibrations.

This model features an internal structure of twin steel belts covered in polyamide for enhanced handling, as well as a polyester cord body that enhances ride quality.

In addition to reducing rolling resistance, maxtouch technology also allows you to save up to 65 gallons of fuel over the life of the tire compared to other leading all-season tires.

Although the Altimax RT43 and LTX M/S performed well, we found the Michelin Defender LTX M/S to be quite expensive.

As a premium tire brand, Michelin is more expensive than General, but given the performance comparison between Altimax and Defender, we deem Defender to be overpriced.

According to our standards, both tires performed similarly: