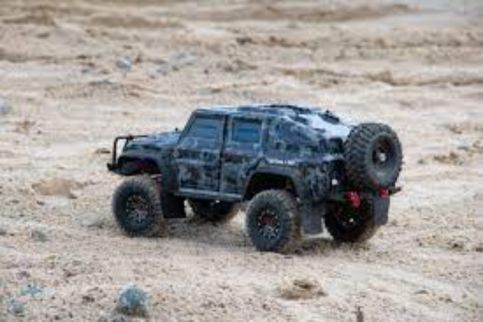 The AT3W tire features wider grooves with scarcely placed tread blocks, allowing it to move on different terrains, off the pavement. Rubitrek performs well on roads thanks to its higher contact patch.

Want to know how Rubitrek outperforms its competitor in terms of hydroplaning resistance and traction on rocky terrain? Our testing of these giants revealed some shocking facts, so check out the article for more information.

Due to its open tread pattern, Wildpeak has a higher void ratio than its competitors.

Overview of the Falken Rubitrek:

Because Rubitrek has fewer wide grooves but more tread depth, its tread pattern is relatively closed.

The traction on a dry road

The narrower grooves of AT allow a higher contact patch with the road on dry roads. On dry surfaces, more tire area is in contact with the road, improving grip.

Furthermore, this tire has narrow grooves on the shoulders as well, so it provides more contact area while cornering, resulting in improved handling.

Because AT3W has wider grooves, its contact patch is smaller, which reduces its grip on dry surfaces, and its handling is also not as good as the other tire for the same reason: having less contact area from the shoulder sides, it has moderate grip when cornering.

Rubitrek is clearly the winner when it comes to dry traction.

While both tires have similar numbers of sipes, the Rubitrack has a greater contact patch, so it performs well on wet surfaces as well.

A good handling experience is also provided by the tire’s enhanced grip.

While it has narrower grooves, increased tread depth fills the gap as deep grooves improve water channeling, which makes this tire good for hydroplaning resistance.

Due to its slightly lower contact patch, AT3W doesn’t outperform its counterpart in terms of wet traction, but due to its good number of sipes, it performs well on wet surfaces as well.

Aquaplaning resistance of this tire is similar to the other one because the wide grooves allow the water to pass away, maintaining contact with the ground.

As AT3W has a higher void ratio, it performs well in muddy terrain. The wide grooves allow mud to easily pass through, keeping the tire moving forward, and the wide channels between the shoulder blocks allow it to take turns easily in muddy swamps.

The Rubitrek AT performs quite well in mud due to its deeper grooves, but it cannot overcome its rival because its grooves aren’t wide enough to catch more mud particles and throw them backwards.

Because of the open shoulder design, it performs well while cornering in mud, but be careful when using this tire in deep mud since it may get stuck.

The tire with a higher void ratio performs well on mud, and the same is true for soft snow. As a result, the results are not much different from those of muddy terrain.

Due to its wider grooves, AT3W channels out soft snow more efficiently without sacrificing grip. As a result of open shoulders, handling performance is also good.

Due to its small contact patch, this tire cannot perform well on ice.

The Rubitrek AT also performs well on snow due to its deep grooves, but it can’t compete with its competitor because deep grooves can trap snow particles and cause the tire to get stuck.

However, if we talk about ice, the situation is completely different.

Because of its higher contact patch and frequent sipes, along with deep lateral and longitudinal grooves, this tire performs really well on ice because it wipes away water and maintains grip.

The terrain is rocky

Two features of a tire come into play on rocky terrains, the void ratio and the stone ejectors.

The AT3W has an open tread with higher void ratio, but fewer stone ejectors than the other tire, so it can’t emit stones more aggressively.

The tread of the tire can be damaged if stones or pebbles get stuck between the grooves.

It can perform well on rocks, but it cannot compete with its counterpart.

With a lower void ratio, Rubitrek AT will not have the same biting ability as its competitors, but it still crawls better than many tires in its class.

With almost all the central and shoulder blocks, there are numerous stone ejectors.

Even though they are smaller, they are still able to prevent stones from getting stuck in the grooves, allowing the tire to move smoothly.

As for on-road comfort, both tires are almost equally good since they both have the same amount of space between their grooves for air particles to move back and forth and collide with each other.

Because AT3W has a smaller contact patch, it will produce slightly more noise.

As for road comfort, AT3W offers a better ride thanks to its wide grooves, which simulate a lower inflated tire and act as a second suspension system for the vehicle.

Due to its higher contact area, Rubitrek feels stiffer.

In spite of this, off-road comfort isn’t much different between the two tires.

Silica tread compound is used in both tires.

In rugged terrains, both are durable and perform well.

Due to its higher contact patch and more tread wear, Rubitrek has more rolling resistance.

Having a deeper tread depth than its competitor increases its mileage since it takes more miles to level with the grooves.

While AT3W has less rolling resistance and less treadwear, its tread wears out relatively faster due to its shallow tread depth.

With AT3W, however, the company provides a 55,000 mile tread life warranty due to its tougher material and improved technology.

All-terrain tires are both available.