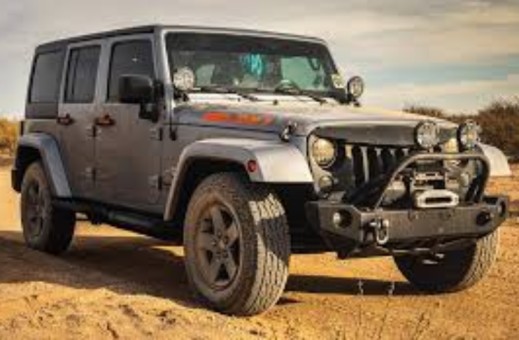 Some claim the Ranger series is a little more expensive than other UTVs on the market, but they go further than other competitors’ UTVs. You are getting quality service and performance for the money you spend.

Many Polaris Ranger 700 XP UTV owners have encountered troubleshooting issues due to the model’s limitations.

Problems with the TPS sensor

A TPS (Throttle Position Sensor) sensor failing or not responding correctly is quite common among Polaris Ranger 700 XP owners, depending on the year.

On the Polaris user forum, a 2006 Ranger 700xp model user shared his troubleshooting issue. The user reported his Ranger’s engine idling rough, fouling plugs, and having dead spots on the gas pedal frequently.

When he went for servicing, the dealer confirmed that the problem was caused by a bad TPS sensor.

There is a possibility that the TPS sensor on some Ranger 700 xp models is not calibrated correctly, resulting in a slight lean mix. Cold weather eventually leads to hard starting problems for the engine.

At part throttle, the engine starts to have boggy spots or rough uneven idle due to the lean mixture.

As I read numerous user experiences published on several user forums, I realized EFI fuel pump trouble is the most common problem on Polaris Ranger 700 XP models of all years.

Most users report that EFI clogs pretty often and trash gets into the gas. Therefore, the engine starts acting on its own, like running rich or not starting without acceleration.

This can also happen when your engine is starving for fuel. Don’t jump to conclusions too soon. Inspect your fuel level first, then your EFI system.

A 700 xp EFI engine may also react like that if it has been sitting for quite a while and requires some condensation in the tank. Then you’ll need to run a professional injector cleaner through it.

In addition, a bad or faulty Throttle Position Sensor (TPS) can also cause your UTV engine to get wet.

Similarly to any other utility vehicle, ATV, or UTV, the Polaris Ranger 700 xp model’s air and fuel filters can also become clogged due to excessive debris and corrosion.

To prevent the clogging issue, you simply need to perform regular or routine inspections in those areas.

You should also check your spark plugs to see if one or both have turned bad or if the wiring has become loose.

In addition, users often mention hearing unusual clunks while riding their Ranger and later, not being able to turn forward or reverse.

In addition, they reported that the engine does not stop or die immediately and runs, but does not respond to forwarding or reversing gears.

Usually, it’s caused by a broken or damaged drive belt, so it’s best to remove the belt cover to see if it’s broken.

All you need to do is replace the belt, and your Ranger will be ready to run again.

Several users have claimed to have encountered this issue at least once with their 2009 Ranger 700 XP model.

Polaris ranger 700 xp 2009 version users agree that this model delivers great riding experiences, but after a while some ranger engines start missing during rides and also fail to produce enough power to move.

The engine also idles fine when that happens, according to some users. When they push the throttle, the engine only bogs and doesn’t rev.

According to another group of users, sometimes this issue arises when they just turn on their UTV and all they can do at that point is shut it down.

In most cases, this problem is caused by a bad or dirty TBAP (Temperature and Barometric Air Pressure) sensor or torn TBAP wiring.

This is why most experts suggest checking the TBAP sensor and the wiring as soon as one encounters this problem.

This issue has been reported by several Polaris ranger 700 XP 2008 model owners.

In some of these UTV models, there is a lack of fuel pressure issue, which was initially difficult to diagnose since the Ranger cuts out at 25 mph or bogs down.

An owner of a 2008 700 XP has reported the engine cutting out at 25 MPH and bogging down until he pushes all the way on the gas pedal.

Also, the engine again started working just fine at 30 mph, and later, when he rode it, it performed as if nothing had happened.

A build-up of gunk on the throttle body can also cause the cutting out and bogging. If that is the case, you will need to clean it up.

On the Ranger 700 XP engine, throttle position can also affect the TPS sensor.

How Do Users Feel About the Polaris Ranger 700 XP?

The bad news is that Polaris Ranger no longer produces the 700xp model since it has already brought several improved and upgraded models.

Additionally, these newer collections of Ranger UTVs have better features that will leave a long-lasting impression on riders.

There are not many people who talk about this previous model of the Ranger UTV lineup nowadays because of that.

While researching and going through several online review blogs, articles, forums, and vlogs, I came across several old reviews on Ranger 700 XP.

The limited review data shows, however, that several users have pointed out the issues I discussed earlier.

As well, many users expressed their satisfaction and said they had not encountered any major issues while using their Ranger 700xp.

As a result, I am sharing some of the users’ opinions so that you can also get an idea of how Ranger 700 XP users feel-

“ I owned a 700 XP ranger. My goal is to upgrade often as I keep looking for better and newer features in the newer and bigger models. Additionally, I raised cattle and cleared a lot of timber. I use my ranger for everything from pulling hay, feed, building fences, winching trees out of ditches, hauling cut firewood, plowing snow, and hunting … The ultimate of all side-by-sides! ” –

Although the Polaris Ranger 700 xp has some amazing features, it also has some downsides or limitations. It is because of these limitations that users often encounter the problems previously mentioned and explained.

Polaris Ranger 700 XP, despite all its cons and disadvantages, is still one of the most popular UTV models from the Ranger brand.