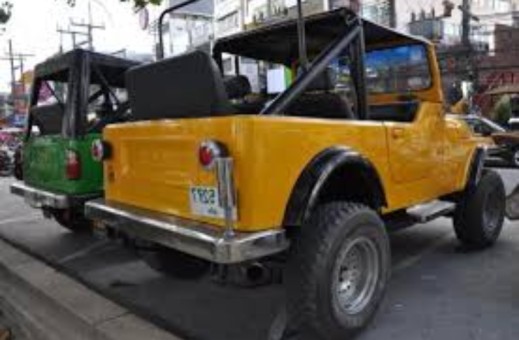 These are the Most Common Problems With Oreion Reeper.

This pioneering company offers multipurpose vehicles that are born for all-terrain use, according to Orien Motors.

There are several types of Oreion Reeper series built for different driving surfaces or conditions. The ATVs deliver a smooth, comfortable, and safe driving experience whether you’re on or off the road.

Despite their advantages, these ATVs also have some downsides, which can cause common troubleshooting issues.

The following are the 6 most common problems with the Oreion Reeper ATV series:

The vehicle has been recalled due to a missing speed limiter, faulty seat belts, and red reflectors

So far, this is the only major issue with the Reeper ATVs.

Initial complaints about vehicles exceeding the maximum speed were received by the company.

However, the affected ATV models have not been linked to any injuries.

After a thorough investigation, the company discovered that some 2011 and 2013 Oreion Reeper ATVs were not equipped with speed limiters.

There were problems with those ATVs because they lacked speed limits and red reflectors. Consumers might also experience a crash in the worst case scenario.

In addition, some 2011-2013 ATVs were also assembled with faulty seat belts.

The underpowered engine that it features has been criticized by some, but it has also been confirmed to be reliable.

Those who prefer powerful engines and enjoy riding at high speeds will find the Oreion ATV’s engine underpowered.

These ATVs also lack a suspension system that can withstand high-speed off-road riding.

The Oreion Reeper’s engine and suspension system disappointed many people.

Since the company never claimed or advertised its Reeper series of vehicles as the best choice for speed freaks, one cannot really blame the company for this downside.

The unavailability of parts is one of the most common complaints about Reeper ATVs.

People from several states had a hard time finding the exact aftermarket components or parts when they needed to add more value to their vehicle or even replace some parts.

Even some users complained about the lack of dealers in their area when they needed help.

According to reports, Oreion does not directly deal with consumers, and since the company does not have a widespread dealership network, it is very alarming for customers to trust the brand over the long term.

Owners or experts have complained that Oreion’s ATVs lack stability.

These ATVs are reported to swerve or shake visibly at high speeds.

Mostly, this problem occurs when you have damaged or badly worn-out tires on your ATV, which you can easily solve by changing the tires with factory-recommended and compatible tires.

It is also possible for the vehicle to become uncontrollable when the air pressure is too low or too high.

In most cases, no brand or manufacturer can guarantee the utmost quality of the tires since it partially depends on how aggressively you drive the vehicle and on what surfaces it’s driven on.

It is important to remember that not all ATVs are built with sports and racing features. It can arise when they ride too recklessly or do not take proper care before and after riding.

Problems with wiring or cable connections

The user might also experience unusual idling, stalling, or even engine starting problems as a result of a loose internal wiring connection or incorrect installation of electrical components.

ATV users may even notice the wiring fault on their newly purchased ATV, which can happen as a result of a lack of attention during factory assembly.

Nevertheless, the company claims every Oreion vehicle is inspected step-by-step before leaving the factory.

However, assembling errors can occur with any brand’s products. The Oreion Motors Company is no exception.

To avoid any starting difficulties or significant engine performance issues, check all the wiring connections to ensure that none are damaged, corroded, or loose.

Please contact your nearest dealer to assist you and fix the vehicle issue as soon as possible if you are not sure how to check all the internal wiring connections.

Starting problems with the vehicle

Utility vehicle users are quite familiar with this troubleshooting issue.

When something goes wrong with a Reeper ATV’s electrical system, the engine or vehicle might not start.

There have even been complaints that people had to jump-start their devices using another power source when their batteries died.

It is most likely that starting problems occur when the ATV battery is out of charge, has insufficient charge, or is broken or corroded.

If your battery isn’t charged enough, your electrical system will eventually run out of power. Therefore, your starter will not start.

A faulty or damaged alternator can cause the problem.

A vehicle can also experience starting problems if any of the battery terminals, wires, or cables become loose or corroded.

Checking all the key components of the ATV before purchase is the best way to prevent encountering such trouble. Maintaining your ATV regularly is also essential.

What do most users think of Oreion Reeper?

In several user forums, I noticed that several people commented and complained about these ATVs without having used them first-hand.

The majority of those people only focused on the fact that the Oreion Reeper series of vehicles originate from China.

As a result, they declared that these ATVs were knockoffs without considering that they are assembled in the USA, and the original manufacturer is a well-known company.

It has also been noted by those who have first-hand experience with any Oreion Reeper series vehicle that these are definitely not the best option, but they are also not the worst.

As with any ATV, these ATVs also have their fair share of downsides, just like any other. The company delivers exactly what it advertises.

The Oreion Reeper series of multi-purpose vehicles offers a versatile, user-friendly, and dependable machine that can be used for many different activities.

There are, however, some limitations to the Oreion Reeper series, and because of those, troubleshooting issues may arise from time to time.