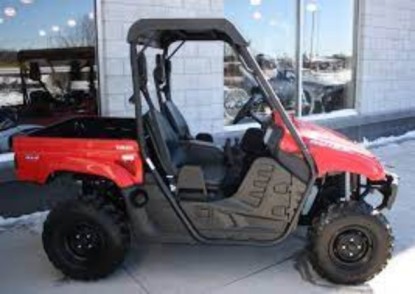 Do You Want to Know the Common Problems with Hisun UTV? ATVs, UTVs, ATVs, and motorcycles are all available from Hisun Motors, which has been in the industry for over 25 years.

A Hisun UTV collection is a great choice if you’re not familiar with UTVs because Hisun offers mid-range and decent quality products with all the features most UTV buyers want.

Consumers have complained about some common troubleshooting issues with Hisun UTV models, however.

As a result, here I have listed the 5 most common issues that one might encounter with any Hisun UTV.

Overheating of the Engine and Exhaust

Several Hisun UTV owners have complained about overheating issues related to the engine and exhaust system.

In the past, this issue has mostly affected older models of the Hisun UTV, such as those from 2011 and 2012.

Difficulty Starting the Engine or No Start

Some Hisun UTV models may also have problems starting, such as hard starting, slow starting, or not starting at all.

This is also a very common problem that can occur with any UTV model, regardless of the model band, and it can be caused by several different factors.

A person should immediately inspect the entire fuel system and pay close attention to all the main components, such as the fuel tank, filter, fuel pump, and injector.

You should also check the ECU motor scan and replace the damaged or clogged part that prevents the fuel from running accurately.

Another common cause is a weak, damaged, or broken battery that prevents the engine from turning over fast enough.

Water in the fuel system can also cause such problems, so it is essential to check for it.

The problem is particularly prevalent during the winter, according to several users. During winter, oil viscosity increases significantly, but engine revolutions become slower due to increased viscosity.

Simply choose oils of different viscosities based on the ambient temperature to solve this problem.

There is a sticky transmission, the rear differential bolts are loose, and there are no dampeners on the suspension

Due to aggressive and extensive use of the UTV vehicle, loose bolts on the rear differentials and suspensions without required dampeners can also occur.

Stalls or Suddenly Stops the Engine

Alternatively, your engine may stall or suddenly stop without any warning. It is also quite common for any vehicle to experience these issues.

Hisun 700 UTV model user said he was very satisfied with the vehicle’s overall performance and his initial experience with it.

After the winter storage break, when he started using it again, he noticed that the vehicle was constantly stalling or dying, and it only started when it was prime. Every time, it will eventually die after a few seconds.

An insufficient fuel level or a fuel pressure problem can cause this problem.

In the case of abrupt stops, you should check the motor scan KF90121 and replace the ECU if necessary.

Is Hisun UTV popular among users?

Hisun UTV models are ideal for beginners, according to most old and current owners. Particularly for those looking for a quality vehicle at an affordable price.

The majority of Hisun UTV owners and users are proud of their decision and claim that it is worth a try. Hisun UTVs are even said to be worth more than their reasonable price tag.

It was also mentioned that Hisun UTVs have good engine braking.

When considering the comfort level, most users said Hisun UTV stands out as a better deal at a reasonable price when it comes to acceleration quality.

It has been claimed, however, that some Hisun UTV engines have a little less content and tend to push harder at higher revs. In addition, some owners have complained that the CVTs on these UTVs lack a park.

Hisun Motors Corp claims to have a dedicated team involved from raw materials to final finishing to ensure maximum quality.

Furthermore, their R&D and quality assurance teams are always looking for ways to enhance each product line’s quality and performance so that consumers receive only the best products at their doorsteps. However, those early discussed problems can still occur with any Hisun UTV due to its limitations.