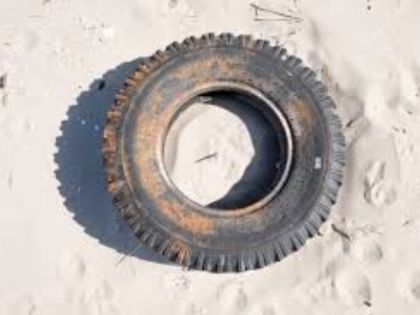 With its high void ratio, X Ice Snow easily passes through snow, while offering a quieter ride due to its sound-canceling groove design.

A better snow evacuation capacity of Ice XI3 allows it to perform better in snow-packed paths.

WS90 is characterized by having a continuous criss cross rib in the middle with two broad grooves on either side, multidirectional zigzag sipes, and disjointed grooves that are created by traction slits along the shoulder lugs.

Due to its larger contact patch, its grip on paved tracks is reduced due to the relatively fewer grooves. Deep channels and full-depth sipes provide good resistance to aquaplaning over wet and icy roads.

X has a directional tread design with five grooves, two types of sipes, an angled arrangement of square-shaped blocks, and relatively narrow shoulders.

Compared to other treads, the void ratio is higher, resulting in a smaller contact patch, reducing the on-road grip.

The grooves along with a unique siping pattern that contains both rectilinear wide sipes and multidirectional zigzag sipes, provide reliable ability to remove water and prevent hydroplaning over wet or icy tracks.

However, the deeper voids make it less efficient than the competitor in the same regard. The larger void ratio allows effective evacuation of soft snow through the tread, which accounts for its better snow traction.

Blizzak has a better ability to grip dry roads because more of its surface area directly touches the road. When it stops at 50 mph on a dry track, it covers a braking distance of only 88.10 feet. With wet and icy surfaces, multidirectional, full depth twisted sipes provide superior traction and wipe away water.

On snow-packed pathways, narrow grooves, however, reduce its evacuation capacity and reduce snow traction. Over a snowy lane, it covers 51.00 feet when going from 25 to 0 mph.

Wider grooves reduce contact patch for X, thereby reducing grip on dry surfaces. It has a relatively long braking distance on the road.

When stopping from 50 to zero mph, its dry stopping distance is 91.90 feet. However, even though it has sipes and grooves to minimize hydroplaning, its channels offer less room for water removal, resulting in less grip on a wet and icy road.

When stopping from 25 mph to zero mph on snow-covered paths, it has a relatively small braking distance of 46.4 feet. Both M+S and three-peak mountain snowflake ratings are available.

Over the dry road, the WS90 performs better with regard to steering handling as its shoulder blocks are relatively larger and the traction marks over them form a disjointed groove, helping to maintain traction during turns.

On a wet/icy road, discontinuous longitudinal grooves along with deep lateral channels allow water to be removed, resulting in stable traction.

In terms of dry handling, Michelin loses to the competition since its square-shaped shoulder lugs are comparatively smaller and offer limited traction over turns.

The full-depth sipes and lateral grooves of the shoulder lugs eliminate water and provide dependable traction on icy or wet surfaces. In spite of this, it performs less well than the contestant due to a lower depth of grooves.

While both of these tires are capable of resisting hydroplaning due to the distinctive design of their voids and sipes, WS90 takes the lead because of its deeper grooves. For tested sizes, its tread is 1.5/32” deeper than its competitor.

Due to its wider grooves and multidirectional zigzag sipes, it provides better aquaplaning resistance. Its criss cross structure further enhances its ability to wipe away water.

With its grooves, wide linear sipes, and zigzag sipes, Michelin X ICE provides dependable slip resistance. Nevertheless, it stands behind in the competition as its relatively narrow grooves are less deep in comparison and therefore provide less space for water to hold.

Due to its narrow grooves, the Blizzak creates more friction while rolling than its opponent. With a large surface area in direct contact with the pavement, its tread uses more energy to roll over, and thus consumes more fuel.

Due to the high void ratio, ICE SNOW offers a compact contact patch, resulting in a lower rolling resistance. With a small area of tread touching the road, less hysteresis (energy loss) occurs when rolling and its fuel efficiency is also superior to its rival.

Comparison Of Drive Comfort And Noise

Due to the enhanced depth and straight-line structure of central grooves, WS90 produces more road noise on the road. In spite of its low void ratio, its grooves are deeper and linear, producing loud sounds due to collisions, resonation, and reflection of wind particles.

As a result, an enhanced contact patch and enhanced biting ability of the tread enhance traction and standard comfort while driving.

Despite the higher void ratio of X ICE SNOW than its competitors, its lugs are arranged in a V-form design, and the grooves between them are arranged so that sound waves passing through them automatically cancel each other, resulting in less noise.

As a result of a massive void ratio and a small contact patch, its road traction is reduced, thus it is less comfortable on hard surfaces.

As part of the Bridgestone Blizzak series, WS90 uses a dual compound structure; 55% of the tread is a NanoPro Tech multicell with hydrophilic properties and enhanced traction capacity over snow, while the remaining 45% is Bridgestone’s winter standard compound.

Despite its increased contact patch, the tread wears down quickly due to high rolling friction. The tread wears even faster after the upper 55%, which contains a hydrophilic multicell compound, has been consumed. There is no warranty for treadwear.

Michelin has used its EverGrip technology in the composition of X ICE SNOW, which combines rubber inclusions and Flex-Ice 2.0 compound for increased wear and traction in snow and ice.

With its sturdy tread composition and low rolling resistance due to the larger void ratio, this tire wears down slowly and lasts for many seasons. The manufacturer’s treadwear warranty of 40,000 miles proves its exceptional durability.

Compared with other snow tires, the X Ice Snow is more expensive, but it offers better snow traction and a longer tread life warranty. The WS90 provides enhanced road traction without breaking the bank!

On the tire’s tread, WS90 exhibits a continuous zigzag central rib with two wide grooves along its sides, a zigzag siping pattern, and two disjointed longitudinal grooves created by grip notches along the shoulder blocks.

There are narrow grooves in the tread, and its crisscross central rib is wide and continues circumferentially, causing the contact patch of the tread to be higher, so that it has a better grip on the surface. Firm steering is provided by large shoulder lugs with traction notches.

The narrow grooves make it less capable of navigating snow-covered paths than its competitor, since these voids only offer a limited amount of snow evacuation.

With five circumferential and numerous lateral grooves, curved and rectangular lugs, prominent zigzag sipes, and tiny dimples, Ice XI3 has an aggressive tread pattern. As a result of its relatively large number of grooves, it has a smaller contact patch, which reduces its grip on paved tracks.

Hydroplaning resistance provided by wide zigzag sipes, small dimples, and grooves does improve traction over wet to some extent. When turning over corners, shoulders offer minimal handling due to their comparatively small lugs and lack of traction notches.

Increasing the number of grooves results in a higher void ratio, providing better traction over snow-covered paths since more space is provided for the evacuation of snow.

With more surface area of tread touching the road directly, WS90 shows superior grip on the road. Despite its continuous circumferential zigzag rib, there are no lateral grooves, which provides a massive contact patch to grab firmly onto dry paved surfaces.

From 50 mph on the dry road, it covers only 89.3 feet. Grooves that are deeper and wider, as well as full-depth crisscross sipes, increase grip on wet because water can be wiped off more efficiently using these slits.

On surfaces covered with light snow, WS90 is less effective than its competitors because its narrow grooves have less ability to evacuate snow. When the vehicle stops from a speed of 25 miles per hour over snow, its braking distance is 50.70 feet.

The Michelin XI3 has less grip on dry paved roads as the increased number of grooves reduces the amount of tread area in contact with the road. As a result of a small contact patch, the tread is unable to grip strongly on the dry road.

From 50 to 0 mph, its dry braking distance is 94.50 feet. Sipes, dimples, and voids provide hydroplaning resistance by removing water from a wet road, but the decreased depth of grooves limits its grip on these surfaces below its competitor.

When it comes to rest from 25 mph, its braking distance in the snow is 49.90 feet, which is better than its counterpart.

Handling Comparison Of The Tires

In wet conditions, the tires can provide better handling due to deep grooves formed by notching patterns and full depth multidirectional sipes over the shoulder lugs that wipe out water and provide good steering response.

Due to its smaller shoulder lugs, XI3 offers less steering control over dry roads than its competitors. During cornering, shoulders cannot maintain traction due to their limited contact patch. As a result, shallow grooves reduce wet traction, reducing steering control on wet roads.

In terms of hydroplaning resistance, both tires have efficient siping patterns for removing slippery liquids, but the WS90’s deeper grooves make it perform better.

Through its zigzag sipes and deeper grooves, water squirms out quickly, while the criss-cross texture on the middle rib acts as an efficient water wiper and further enhances slip resistance.

In addition to its wide zigzag sipes and dimples over the lugs, Ice XI3 offers good protection against hydroplaning. Due to its comparatively shallow grooves (there is a difference of 1.5/32” in tread depth for the tested size), it has less hydroplaning resistance than its competitor.

By comparison, WS90 has a high rolling resistance due to its larger contact patch and lower void ratio. The larger the tread area, the greater the hysteresis (energy loss) and the amount of fuel used to roll smoothly over the surface.

The Michelin XI3 is relatively easy to roll over since its contact patch is reduced by the high void ratio, and there is less rolling resistance to overcome. In addition to using less energy for rolling, its fuel average is also higher than the contender.

WS90 tires are noisy over paved tracks since their deeper voids provide a lot of space for reflection and resonation, resulting in a lot of noise. Despite its superior traction abilities, it offers standard ride comfort on the road.

Because its relatively shallow grooves have less space for air particles to resonate, Ice XI3 produces less noise in comparison. As a result, it is quieter and more comfortable to drive.

Blizzak is less durable than its competitor due to two factors; the first is its tread composition, and the second is its higher contact patch, which causes it to wear faster.

The tread is built on a dual-compound framework, in which 55% of the tread is made up of NanoPro Tech Multicell polymer, which is hydrophilic and provides better traction on snow and ice, while the remaining 45% is Bridgestone’s standardized winter compound.

It wears down quickly, especially after consumption of Multicell compound, and does not come with a treadlife warranty.

The Michelin MaxTouch Construction makes the XI3 last longer than its competition. Its tread compound wears gradually over many seasons. It is backed by a treadwear warranty up to 60,000 kilometers, which makes it stand out among other tires in terms of durability.