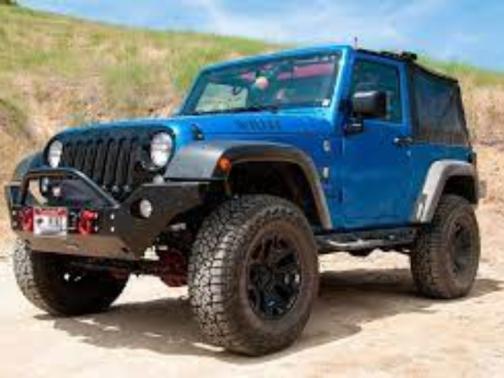 Comparison of Bridgestone Blizzak WS80 Vs WS90  was a challenging part for us. When we was testing these we found both of these are competitive.

Bridgestone’s Blizzak tires are known for their WS80 and WS90 versions. While rolling over a snow-covered pathway, as well as traveling over an icy road, their tread patterns are optimized for enhanced traction.

The WS80 provides the maximum amount of resistance against hydroplaning, resulting in a stable and firm grip on a wet road. Bridgestone’s patented Multicell tread composition further enhances its winter performance.

To improve biting ability, WS90 specifies a stiffer, stronger tread compound. Due to its unique design, it provides both efficient road grip and better ice traction. In addition, this tire offers the long-term benefit of increased tread life.

When compared to WS80, Blizzak WS90 offers better dry grip, more responsive steering, and superior ice traction, but its hydroplaning resistance and snow traction are lesser, and the price is higher.

Small polygonal blocks are placed in close proximity to create a central rib between two circumferential grooves on the WS80 tread design.

Between the central and shoulder blocks are narrow horizontal channels. There is a semi-continuous longitudinal groove along its shoulders, which is caused by traction notches. Furthermore, its sipes are more prominent than its competitor’s.

WS90 is an improved version of WS80, so it shows a similar tread pattern. Its central rib is uninterrupted and does not specify separate blocks or horizontal grooves.

In addition, its shoulder blocks are smaller, and its lateral grooves are wider. The shoulders also have a circumferentially oriented semi-continuous groove. It displays 3D but relatively less prominent sipes.

The rigidity and biting edges of its blocks are enhanced by 30% and 15%, respectively, compared to the contestant’s. Tread depth is the same for both tires.

Grip on the road

As its central rib features a larger contact patch, the Ws90 has better grip on the dry road. In contrast, more surface area of its tread touches the road because the central rib runs circumferentially without any lateral grooves. Increased block edges by 15% increase road grip and reduce braking distances.

However, the lack of lateral grooves in the central portion of the tire makes its wet grip a bit lower than its competitor because it makes it harder to cope with standing water.

WS80 also provides a good dry grip due to its compact central rib, however its contact patch is reduced due to its separate blocks and narrow spacing between them.

For this reason, it ranks lower than its competitor. Its wet grip is superior to the competitor because of these lateral spaces that enhance hydroplaning resistance. Its relatively prominent sipes make its wet grip stable and firm.

The WS80 gets a lower score for steering management on a dry road due to its softer tread blocks. As its shoulders are relatively less rigid than its competitor, they have a reduced traction ability. This results in a less firm steering response when taking turns.

On the other hand, the WS90 performs better on a dry road because its shoulder blocks are stiffer and provide enhanced stability through their 15% increased biting edges.

As your vehicle turns along a corner on wet pavement, it also benefits from wide lateral grooves between shoulder blocks to prevent hydroplaning. Therefore, you can turn your vehicle during rainy conditions without fear of slipping because of standing water.

Performances in the Winter

The scenario is reversed when you drive over a frozen pathway. In addition, since the contact patch of the central rib is smaller than the contestant due to lateral voids, its grip on rigid surfaces is also reduced.

As a result of the absence of lateral grooves in the central portion, the WS90 provides a reliable, but comparatively poor performance on soft snow.

In spite of that, it takes the lead over its competitor on ice because its tread is more rigid, and has more biting edges. Furthermore, its tread composition is optimized for ice traction.

The different tread qualities of these tires provide reliable hydroplaning resistance. WS80 gets the better score, however, since its siping pattern is more prominent and it has lateral grooves between central blocks as well.

As a result of these hollow spaces, its tread can wipe off water from a wet or icy road within a moment, and maintain a consistent grip as it rolls forwards.

However, WS90’s reliable aquaplaning resistance is attributed to its broad shoulder grooves and circumferential channels. However, since its central rib lacks lateral spaces, and its zigzag sipes are less prominent, it is less effective at preventing slipping on a wet or icy surface.

Blizzak tires have nearly the same amount of rolling resistance since their contact patches are nearly identical. WS90’s central portion has a continuous rib with an increased patch, and WS80’s shoulder lugs are bulkier.

Their surface area connected with the ground is almost the same, making their fuel requirements and tread wear against road friction very similar.

Comparison of noise and comfort

Due to its higher dry traction, the WS90 provides a more comfortable driving experience on a dry road. However, on wet pathways, it provides less comfort than its competitor due to a relatively low resistance to aquaplaning. Due to its wide lateral grooves that allow easy wind circulation, it stands out as a louder tire.

As its dry traction is comparatively minor, the WS80 is less comfortable on a dry road. Effective slip resistance leads to a higher ranking for driving comfort on a slick surface. Likewise, this tire produces less noise as air particles find a small vacuum to move and collide among narrow channels.

Bridgestone’s patented tread compounds are used in both tires. The tires have a double-layered structure in which the upper layer (55% of the tire) contains MultiCell NanoPro particles that are hydrophilic and provide enhanced traction on ice.

Its lower portion (45%) is made from a standard winter compound by Bridgestone tires. After 55% consumption, a wear indicator indicates that the tread is nearing its end.

Due to its improved MultiCell polymer, WS90 gets a higher durability score. However, none of these come with a mileage warranty.

Both of these Blizzak tires are designed for winter weather.