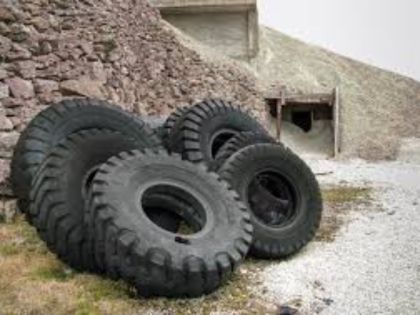 Because of its higher evacuation capacity, Blizzak provides smooth driving over soft snow, and it also provides firm steering over corners.

Meanwhile, DM V2 provides excellent grip on any kind of road, whether dry, wet, or icy, thanks to its high contact patch and enhanced biting ability.

Let’s compare both variants of Blizzak, the WS90 and the 80 with DM V2.

Over wet tracks, open channels and sipes remove water and prevent aquaplaning. Having a relatively higher void ratio is advantageous when dealing with light snow on the road, since it can be effectively evacuated through its broad grooves as it moves ahead.

As a result of denser lug arrangement and low void ratio in central ribs, the contact patch of the tread is higher, which increases its ability to grip tightly. Despite the slanting voids and 3D zigzag sipes providing an excellent grip on wet and icy roads, the less angular shoulder lugs without traction notches/edges make handling a little more difficult than its competitor.

The relatively low void ratio decreases snow traction in comparison with WS90, as the grooves are less capable of evacuating soft snow.

WS90 has less grip on hard paved roads due to its high void ratio. Wide grooves along the sides of the central rib and dashed longitudinal grooves along the shoulder lugs reduce the contact patch of the tread, which reduces dry grip.

Even though WS90 has fewer sipes than its competitor, its large grooves and zigzag sipes help wipe away watery substances, providing reliable hydroplaning resistance.

However, its high void ratio is to its advantage in snowy environments, as its deep grooves can throw out snow and slush, cleaning tread and preparing the path as it rolls.

In the DM V2, there are two major longitudinal grooves and spaces between blocks of central ribs, resulting in a low void ratio and a higher contact patch, resulting in superior grip on wet tracks. The biting edges of its blocks further enhance its grip.

As DM V2 has more 3D zigzag sipes for wiping away slippery liquids efficiently, it has better grip over wet and icy surfaces than its competitors. Thus, it shows less braking distances on all three types of roads; dry, wet, and icy.

However, this tire performs less well when rolling over surfaces covered with soft snow. Due to a lower void ratio, it is less efficient at evacuating snow in backward direction.

Handling Comparison Of The Tires

As a result of its larger shoulder lugs, more biting edges, and firm traction on corners, the WS 90 provides superior dry handling. Wide circumferential sipes along with thin horizontal sipes and a discontinuous groove provide enough space for water to be removed and assure stable traction when cornering on wet and icy roads.

DM V2 struggles to manage the vehicle over tricky turns on dry roads because its blocks have a smaller contact patch and less biting ability.

The small, squared shoulder lugs cannot maintain traction while steering around corners on dry roads. The same story applies to wet and icy roads, though frequent siping improves traction to some extent on wet/icy roads.

Both tires show excellent hydroplaning resistance due to their distinctive tread designs, however, DM V2 seems to come out on top due to the higher number of sipes and angular grooves in the central portion.

The numerous 3D zigzag sipes and slanting voids effectively remove slippery liquids from the surface, allowing the tread to grip firmly on paved surfaces as a result of improved aquaplaning resistance.

Although WS90 has reliable aquaplaning resistance, its ability to wipe away disturbing fluids is slightly less in comparison because its number of sipes is less and its lateral grooves are relatively straight and less angular.

Although massive grooves, zigzag sipes, and a crisscross design of the central rib are effective at wiping away watery substances and resisting hydroplaning adequately, the competitor takes the lead here.

In comparison, the WS90 uses less energy to roll over roads. A high void ratio reduces the surface area of tread that touches the ground directly, reducing rolling resistance and minimizing hysteresis.

Due to DM V2’s low void ratio, its contact patch is markedly larger, and the tread is more susceptible to rolling resistance since relatively large surface areas require more energy to roll over. Increasing the surface area of the tread in contact with the road produces more hysteresis (i.e. energy loss) and more fuel must be burned to overcome high rolling resistance.

Due to its broad grooves, the WS90 is a louder tire. Its open voids allow more room for movement, reflection, and resonation of wind particles, resulting in much noise as it rolls along. Less traction due to a smaller contact patch could make the rides less comfortable and wobbly.

Due to the low void ratio of its tread, the DM V2 produces less noise and offers more comfort than its competitors. As a result of the narrow width and slanting arrangement of grooves, not only does this minimize wind collisions, but it also reduces resonation of sound waves, resulting in quieter rides. A high contact patch and deep biting tread elements provide stable traction and a comfortable driving experience.

Both of these winter tires do not come with a tread wear warranty. Due to both tires being from the same manufacturer’s Blizzak series, they employ similar tread compounds, including 55% NanoPro Tech multicell material with hydrophilic properties and enhanced traction over snow, and 45% Bridgestone’s standard compound. The built-in depth indicator indicates that the tread is reaching the end of its life cycle after 55% wear.

According to tread design, DM V2 would wear out faster as more of its tread is in direct contact with the surface and faces greater rolling resistance. On the other hand, a high void ratio reduces rolling resistance and prolongs the life of WS90.

Tread of WS80 has a symmetrical design with two broad grooves along its central rib while two discontinuous grooves are formed by notching of the shoulder lugs. Additionally, it has multidirectional zigzag sipes embedded in its tread.

Its relatively high void ratio reduces the contact patch of the tread, which in turn reduces its grip on a dry road. Several full depth, multidirectional, zigzag sipes and open channels wipe away the water and provide enough hydroplaning resistance.

Its broad grooves are effective in evacuating snow through the tread while moving ahead, which is one advantage to having a high void ratio when dealing with light snow over the road. The lower contact patch makes it less effective on ice.

The low void ratio and denser placement of blocks in the central ribs increase the contact patch of the tire, enhancing its grip on dry surfaces. Three-dimensional zigzag sipes and slanting voids provide good hydroplaning resistance and excellent grip on wet surfaces.

Compared to its competitor, small, squared shoulder lugs without traction notches present some difficulties in steering. Snow traction is lower due to its relatively low void ratio, since its grooves have a relatively smaller capacity to evacuate soft snow through them. On ice, it excels because of its large contact area.

WS80 shows less grip on hard surfaces due to its relatively high void ratio. Broad channels along the sides of the central rib and disjointed longitudinal grooves along shoulder blocks reduce the surface area of tread in contact with the road, resulting in relatively reduced dry grip. Large grooves and zigzag sipes wipe away water and provide reliable hydroplaning resistance and wet traction.

When it is snow-packed, it can roll smoothly since its grooves bite over the soft snow and throw it backward while moving forward. As a result, its grip on ice is limited to the lower contact patch.

DM V2 tread has a relatively low void ratio and high contact patch because it has two major longitudinal grooves and a spaced arrangement of blocks over the central ribs, resulting in a superior grip on paved surfaces.

Since there are zigzag sipes and relatively deeper channels among triangular blocks, it effectively wipes off water from the surface of the wet road.

Due to its low void ratio, this tire performs somewhat less well on snow-covered surfaces because it has less ability to evacuate snow in a backward direction. Having a larger contact patch, it has a better grip on ice.

WS80’s shoulder lugs have a relatively large contact patch, providing a higher level of traction while turning over the corner due to its aggressive design. On a wet road, disjointed grooves, wide longitudinal sipes, and zigzag horizontal sipes provide firm handling overturns.

Turning over a snowy surface, the lateral grooves provide comparatively less traction due to their shallow depth. Tires with a higher contact patch of their shoulders are considered better on ice in terms of handling.

In terms of managing the steer on dry pavement, the DM V2 trails behind the competition because of its square-shaped shoulder lugs that lack traction notches over their edges.

In wet weather, its sipes and deep voids remove water and prevent aquaplaning, resulting in a reliable turning experience.

On a snow covered path, it exhibits superior steer handling due to its deeper lateral grooves, which are better able to bite on and evacuate soft snow. A lack of a decent shoulder contact patch makes it difficult to handle on ice.

In this regard, both tires have unique features that prevent aquaplaning. WS80 exhibits the best ability to resist aquaplaning thanks to its relatively high void ratio and frequent, wide sipes.

Zigzag, multidirectional, full-depth sipes, along with linear, lateral, and disjointed grooves are good at wiping away water from the surface to reduce the risk of slipping, but using a deeper void reduces its effectiveness.

DM V2 offers a little more resistance to hydroplaning because its circumferential voids and lateral spaces between blocks are deeper, allowing water to be removed from the wet road with the help of zigzag sipes.

As a result of the high void ratio of WS80, there is less surface area in contact with the road, which means its tread has less friction to roll over. In comparison, its fuel average is better since less energy is required to overcome the lower rolling resistance.

On the other hand, DM V2 has a higher contact patch because it only has two main longitudinal grooves and some spacing between central rib blocks. Due to this dense arrangement, its tread faces significant resistance when rolling, and a considerable amount of fuel is required to overcome this friction.

Due to its high void ratio, the WS80 produces a loud noise when it rolls over the road. In addition to the rectilinear design, its relatively increased number makes free resonation of wind possible.

DM V2 makes less noise while riding on pavement, since its fewer grooves offer less space for air particles to move and collide, and the zigzag pattern of the central voids cancels out sound waves, resulting in minimal noise production.

As both tires are from the same Bridgestone Blizzak Winter tire series, they have similar tread compositions. Their tread features a hydrophilic coating that enhances ice and snow traction, while 45% is Bridgestone’s standard winter tire compound. A built-in indicator signals its consumption when half the tread is worn.

According to the pattern analysis of tread, WS80 is more durable. Due to the high void ratio, the tread’s contact patch is minimized, so it faces low rolling resistance and is slowly consumed by friction.

Due to its higher contact patch and more rolling resistance, the DM V2 wears down more quickly than its competitor.

WS80 is more expensive, however, it offers a longer tread life and an improved fuel efficiency in comparison. On the other hand, DM V2 can help you make your mark on the icy path while not draining your budget too much.